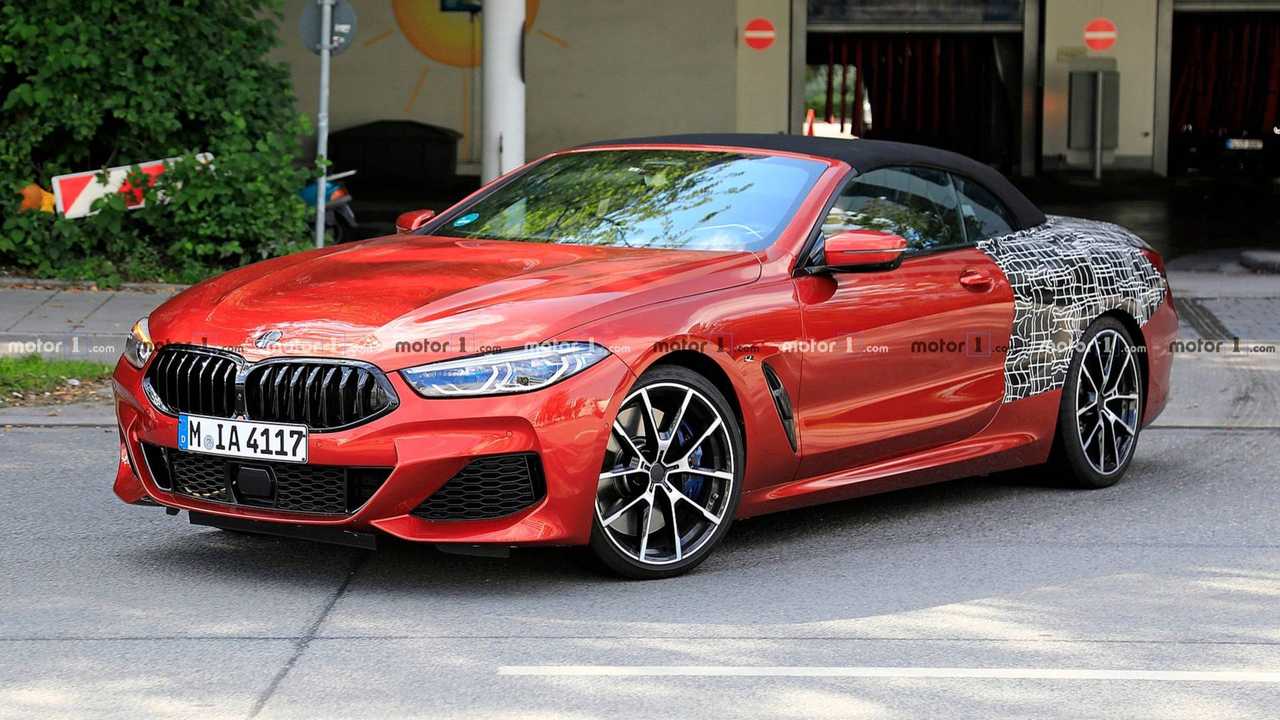 It looks like this preproduction model stopped by the M workshop for some enhancements.

Sometimes just a simple color change can completely alter the way you see something. We recently spied BMW’s new 8 Series convertible almost completely uncovered, wearing just a bit of camo on its hard boot cover and decklid. That car was finished in a rather elegant shade of blue, but this time we’re met with a much sportier variant all decked out in arrest-me-red with black trim replacing all the chrome. If there wasn’t a tiny bit of stick-on camo over the fender badges we’d almost certainly see a tiny M right there, identifying this car as an M850i. And it does look ravishing.

As before, the swirl wrap remains on the back, obscuring the new lines on the droptop 8 Series versus the hard top. And of course the BMW badging is hilariously covered as well, but nobody will mistake this car for a Skoda – the wide kidney grille up front makes sure of that. Speaking of the front, this preproduction model appears to be missing its chin spoiler. That could mean a more aggressive bit of kit will adorn the face of the M-dressed variant, or it could simply mean the driver went too far forward when parking and tore it off on a curb. There’s a slight change to the lower portion of the rear bumper as well, and quad exhaust pipes behind those large trapezoid ports are clearly visible.

Those pipes are connected to the familiar 4.4-liter twin-turbo V8 that’s already making 523 horsepower (390 kilowatts) in the 8 Series hardtop. There are some fleeting rumors that the M850 convertible could get just a touch more power, but nothing is confirmed there. Regardless of the specific number, it should be plenty fast with 0 - 100 km/h (0-62 mph) covered in under four seconds.

Expect BMW to fully reveal the new 8 Series convertible very soon, possibly in the next couple weeks ahead of the Paris Motor Show.