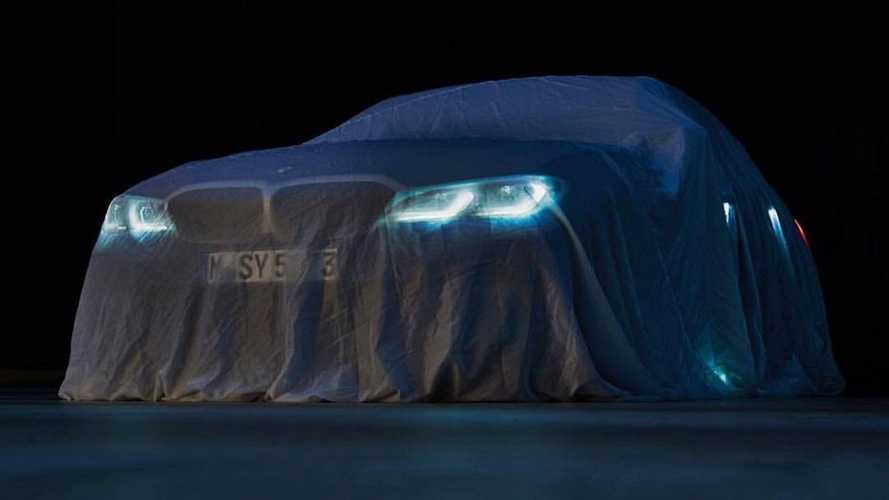 The camouflage has been replaced by a car cover in the latest teaser.

BMW issued a press release yesterday about its presence at the forthcoming 2018 Paris Motor Show, but oddly enough, there was no mention of the all-new 3 Series Sedan (G20). That doesn’t necessarily mean it won’t be there as the company has been intensifying its teaser campaign in recent weeks, probably to generate more buzz ahead of the possible Paris unveiling.

Case in point, we have a fresh teaser image to show. It emerged on forums a few days ago and was just confirmed by BMW to be legit as per a report coming from Autocar. Our friends at BMW Blog are saying the car hiding under wraps is actually the M340i variant, which will be the hottest version of the 3 Series excluding the M3.

Even though we don’t get to see the new 3er in full, it’s easy to notice the new LED daytime running light signature as well as the much bigger kidney grille. Should you be willing to pay extra for more sophisticated headlights, BMW will be more than happy to provide optional laser headlights offering superior illumination as seen in bigger models.

Standard on the M340i and optional on some of the lesser models will be a limited-slip differential, according to BMW Blog. They also seem to know what will power the performance-oriented 3 Series, namely a turbocharged 3.0-liter engine with somewhere in the region of 360 to 370 horsepower. The six-cylinder mill will be hooked up to an eight-speed automatic transmission channeling power to the rear wheels or to both axles with the optional xDrive system.

It's not too early to talk about the M3:

There are lots of reasons to get excited about the new 3 Series – from the low drag coefficient of just 0.23 to a weight loss of up to 55 kilograms (121 pounds), the next generation is shaping up quite nicely. It will also get the company’s most powerful four-cylinder engine ever put into a production model, an engine which will also be approximately five percent more efficient than the one it will replace.

All that’s left now is for BMW to literally pull the covers off the 3 Series and show us the quintessential sports sedan we’ll all been waiting for.