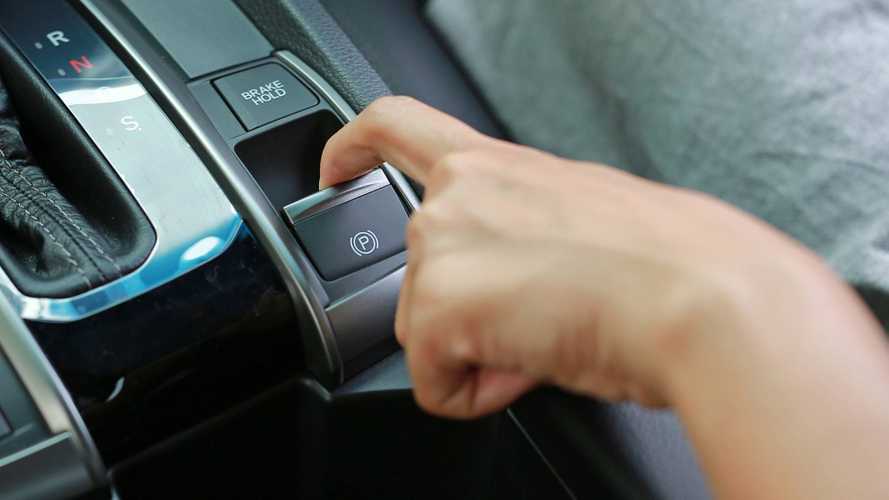 The handbrake turn once formed an integral part of the mating ritual for petrolheads. That's what Top Gear had us believe anyway.

Now though it appears the handbrake turn could soon be a thing of the past because according to new research from CarGurus, just 37 percent of new cars are fitted with a traditional mechanical handbrake lever.

The online automotive marketplace, created by TripAdvisor founder Langley Steinert, found that only two mainstream manufacturers, Dacia and Suzuki, have a standard handbrake on every model in their respective ranges. Most car makers are now only offering them on budget entry-level cars, or in some cases, more sporty offerings.

Meanwhile, many premium carmakers have phased out old-school handbrakes entirely, replacing them with an electronic parking brake – some even use a foot-operated parking brake. The investigation found that Audi, Jaguar, Land Rover, Lexus, Mercedes and Porsche all no longer have any models on sale at all fitted with a traditional handbrake.

Get Your Drift On With Ford's Focus RS Performance Handbrake

Thrustmaster Sparco Handbrake Is A Must-Have For Racing Games

"It’s official, the death of the handbrake is coming as manufacturers switch to electronic parking brakes in huge numbers," said Chris Knapman, editor at CarGurus U.K.

"Within the next few years we expect the number of cars on sale with traditional handbrakes to decline further, likely only to be found on a select number of niche models," he added. "Of course, the benefits can’t be ignored, but as the latest technology trickles through manufacturer line-ups, many new drivers might never experience one of the most familiar of automotive features. The temptation to attempt flamboyant handbrake turns is soon to be a thing of the past too!"

There are advantages to having electronically-operated parking brakes. They require less physical effort to engage; they hold the car more securely; and they don’t need adjusting like the traditional lever. What's more, most electronic handbrakes disengage automatically when you pull away, and they often have hill-hold assist features integrated with them, giving an added safety benefit. Plus, they help to de-clutter a car's interior, not that the space taken by a handbrake lever has ever been a major issue.

However, some drivers miss the simplicity and mechanical connection one has with a proper handbrake; and as Chris Harris and Rory Ried of Top Gear show us below, there are other downsides to electronic handbrakes as well.