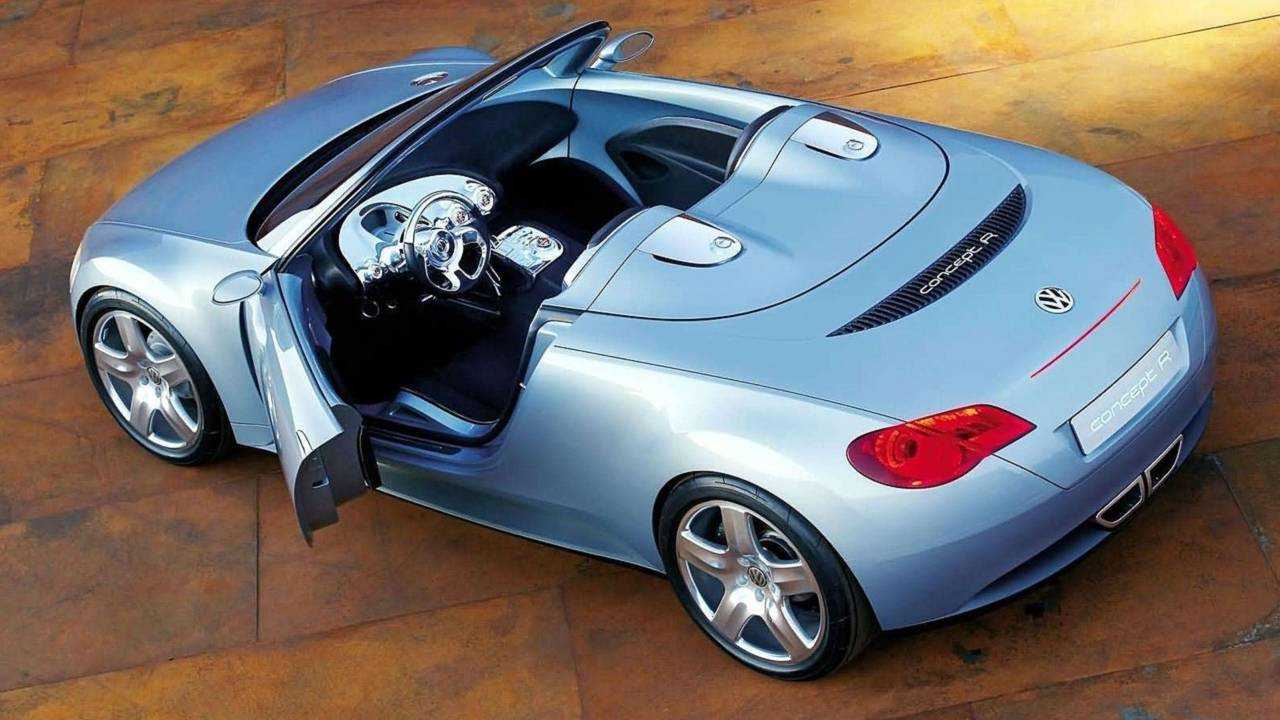 With a mid-mounted V6, rear-wheel drive, and a gorgeous roadster body, the Concept R had great potential.

With appealing retro looks and promising technical specs to match, the one-off speedster ticked all the right boxes – except for the one about going into production…

Everyone remembers the hugely appealing two-seater, mid-engined BlueSport roadster concept from 2009 that never was, but how many people are aware it was preceded by the Concept R? Introduced six years before the more popular concept, the one-off also took the shape of a two-seater roadster with the engine mounted in the middle, driving the rear wheels.

Unlike the modern styling of the BlueSport, the Concept R was a retro take on the convertible body style and adopted a speedster-esque theme inside and out. Far more exciting than the front-wheel-drive Eos launched three years after the concept’s premiere, the car comes from a time when the segment was going strong unlike now when people are all over crossovers and SUVs.

Partially responsible for the design was none other than Peter Schreyer, the man behind the original Audi TT, currently lead designer at Hyundai and Kia. Speaking of the TT, hop inside the Concept R’s cabin and you’ll see digital screens mounted within the rotary knobs. Where have we seen those before? That’s right – on the current generation of Audi’s roadster.

At the heart of the sporty convertible was a naturally aspirated V6 good for 265 hp and 258 lb-ft (350 Nm) channeled to the rear axle through a six-speed DSG. The hardware arrangement allowed the Concept R to complete the sprint to 62 mph (100 kph) in 5.3 seconds and reach an electronically governed 155 mph (250 kph). Back in the day, VW said the unrestricted version would’ve been capable of hitting a theoretical top speed of 168 mph (270 kph).

About the same size as a fifth-generation VW Golf from which it inherited the platform, the Concept T unfortunately never made it as a production model, despite a promise made by a VW official to put the roadster on the streets.

Get your VW concept fix: