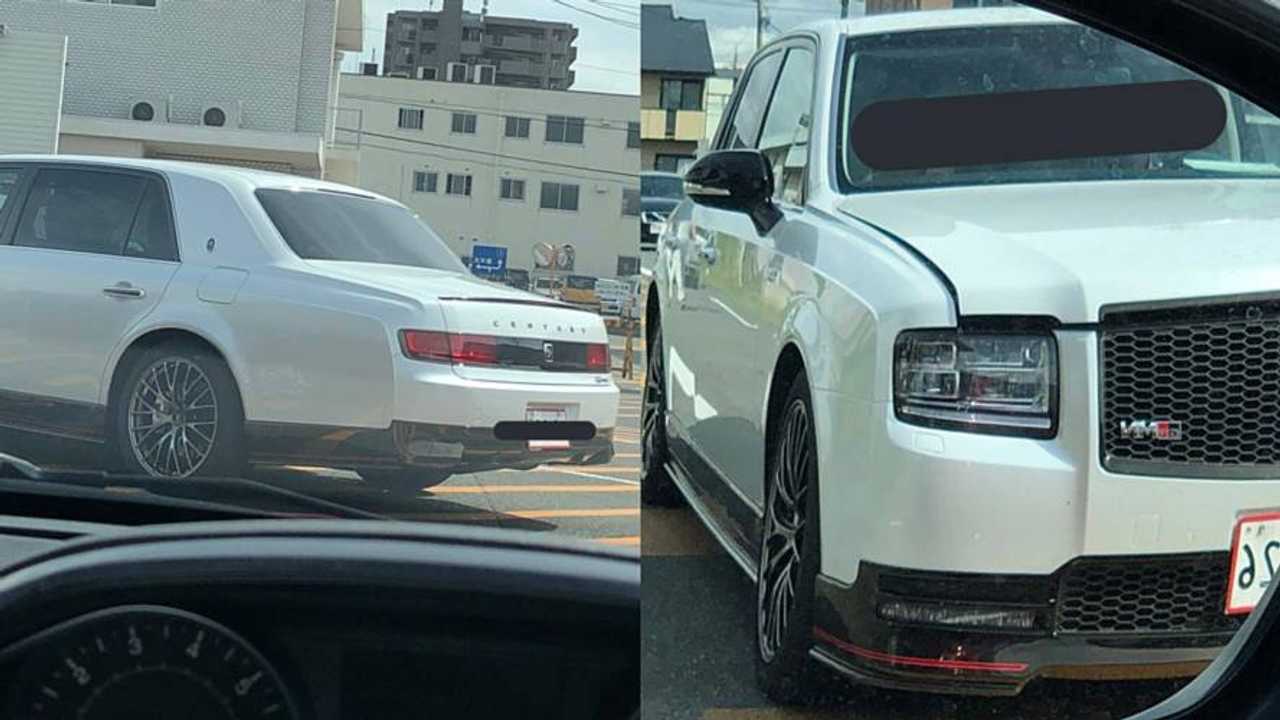 Toyota's most luxurious and expensive car has received the official Gazoo Racing Masters of Nurburgring treatment.

Priced at the equivalent of nearly $180,000, the Toyota Century is one of the most interesting cars on sale today. It’s only available in Japan and takes the shape of a fullsize premium sedan set to be produced in limited quantities as the automaker hopes to sell 50 examples each month. After more than 20 years on the market in its second generation, the retro-flavored luxobarge switched to a new gen back in October 2017 at the Tokyo Motor Show, but what we have here is something more interesting.

That’s because this is in fact the hotter Gazoo Racing Masters of Nurburgring (GRMN) version, spotted earlier this month at home in Japan featuring an assortment of go-faster bits. The images are not exactly great, but we do get to see the sporty alloy wheels and the subtle trunk lid spoiler finished in glossy black. The large sedan appears to be sitting a tad lower than the regular Century and has red accents on the lower sections of both bumpers as well as on the side skirts. For some reason, the hood doesn’t seem to be properly closed.

According to Japanese Nostalgic Car, Toyota’s CEO Akio Toyoda admitted he is keen on the idea of giving the Century the GRMN treatment. Speaking at a talk show in Japan after the Tokyo Motor Show about the sort of car he’d like to drive, the automaker’s head honcho responded with “a Century GRMN.” Well, his wish has been granted it seems.

Japanese outlet Carsensor is reporting the car seen here is a one-off project for the time being, built to conduct “market research for business opportunities.” In other words, Toyota is trying to find out whether people would be interested in paying a small fortune for a Century GRMN. Should the answer be yes, it is believed the car will use a hybridized V8 5.0-liter engine and an all-wheel-drive system adapted from the previous-generation Lexus LS460h.

If approved, the car is expected to show up in production form sometime in November with a steep starting price of nearly $30 million yen according to a Car Geek report. That works out to a whopping $267,000 at current exchange rates, which is insane.