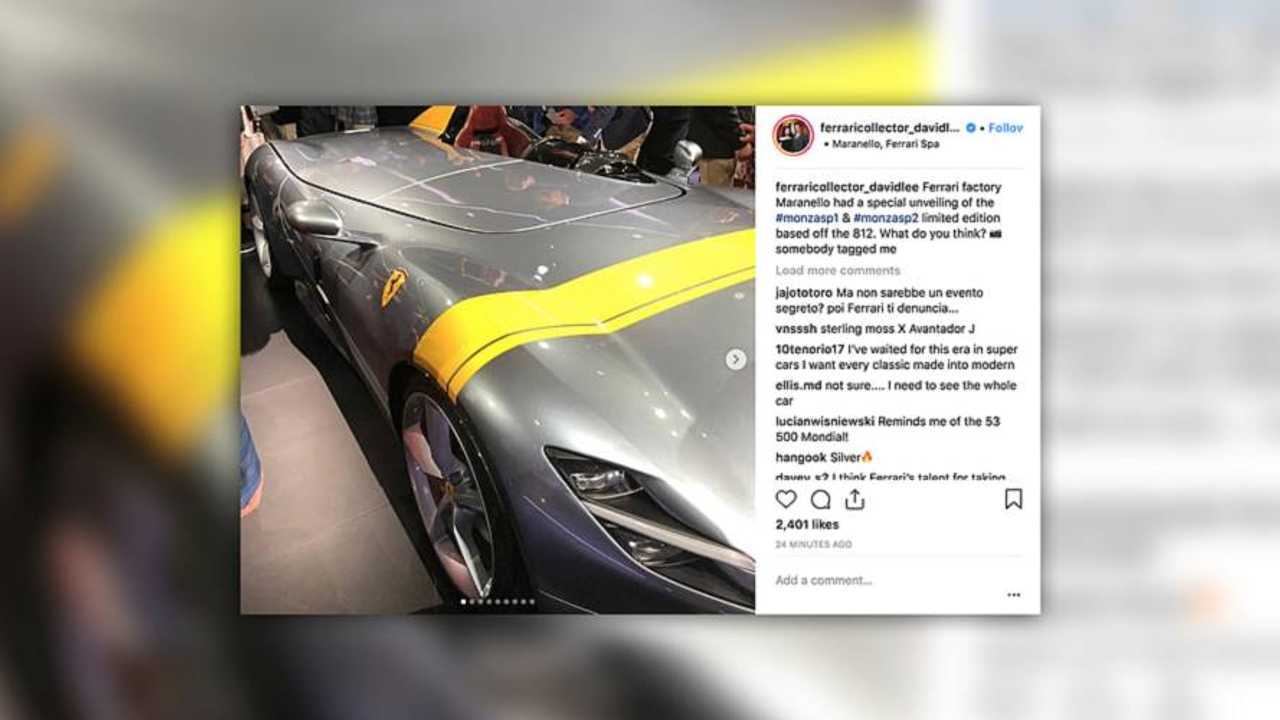 If you own a Ferrari, you not only get to own and drive some of the best supercars in the world but, if your garage is flush with Maranello’s greatest hits, the Italian automaker will treat you once in a while. At a private event dedicated to Ferrari customers today, the automaker unveiled two unique vehicles – the  Ferrari Monza SP1 and Monza SP2, according to Autoappassionati.it. One is a single-seat creation – SP1 – while the other seats two – the SP2.

Ferrari based the speedsters on the 812 Superfast. Technical specs are unknown, and will likely remain that way until the automaker release official information about the new unique models. Considering the wild exterior changes made to the 812, the powertrain probably received upgrades as well, though this is just speculation. In the 812, the 6.5-liter V12 produces 789 horsepower (588 kilowatts) and  530 pound-feet (718 Newton-meters) of torque. A seven speed-dual clutch sends the 812’s power to the rear wheels.

The design looks like a classic “barchetta,” which means "little boat" in Italian and is a term used by Italian automakers for two-seat sports cars with either an open top or convertible roof. The photos we have so far are limited in what they show. The brief glimpses show a vehicle far removed from the 812 it’s born from, with a unique rear-end design. The headlights look similar to those of the 812, but it’s hard to tell for sure if the front end has any other modifications.

Inside, carbon fiber surrounds the driver and passenger compartments, which appear separate on the SP2. The interior space is sparse with a bank of control to the driver’s right. A steering wheel, and massive yellow Ferrari tachometer complete interior amenities – at least from what we can see. Shoulder harness and racing seats complete the design, with the SP1's brown leather seat looking exceptional.

When a normal Ferrari 812 Superfast won't do:

When A Stock Ferrari Just Won’t Do; 812 Superforte Revealed

When we get more information about the two, including powertrain details and features, we’ll be sure to pass them along because these are both darn cool.