Someone Stuffed A Chevy V8 Into A Lamborghini Espada

Eat your heart out Dr. Frankenstein, because this 1970 Lamborghini Espada is a true monster of a machine. Starting life as an Italian grand touring car, this Espada went under the knife of a madman who tore out its V12 heart and replaced with a V8 engine from a Chevrolet. Little is known about the American-made engine sitting under this Espada’s long hood, but the prominent scoop and derelict nature of the machine gives this Lamborghini a style that would look at home on the set of a Mad Max movie.

While the car looks a little worse for wear, it is said to run perfectly fine. That being said, this Espada appears to suffer from pepperings of surface rust on its underside, while a pair of torn front seats and a dashboard covered in cracks and pockmarked with exposed wires gives this Espada a wholly dilapidated look. Nonetheless, the body panels appear to be straight and the burgundy paint looks to be in generally good shape. 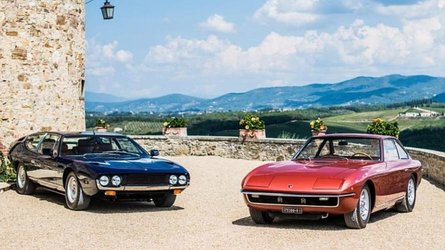 Lamborghini Takes Espada And Islero On Tour For 50th Anniversary 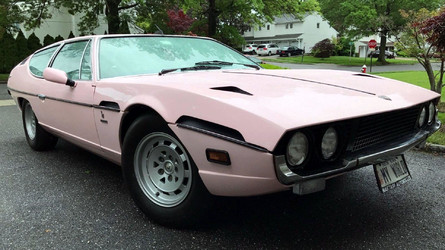 The Espada entered production in 1968, and Lamborghini continued to make the model until 1978. With room for four and distinct low-slung styling, the Espada was a true sports car that was capable of reaching more than 150 mph (241 km/h) thanks to its mighty 3.9-liter V12 positioned ahead of the firewall.

Although Lamborghini purists will surely cringe at this unconventional Espada, we can’t help but have an affection for the Italian-American hybrid; even if its $49,500 asking price strikes us as rather steep for a mutt like this.