The ultimate supercar gets a wake-up call from this sneaky sleeper.

Ask any car-crazy auto buff about the definition of a sleeper, and you’ll likely get a slightly different answer every time. We don’t think anyone could argue this particular B5 S4 isn’t a sleeper of the highest magnitude, and not just because it typically falls into the sleeper category anyway. That’s because a stock B5 makes upwards of 260 horsepower (193 kilowatts) from its twin-turbo V6, whereas this unassuming Audi makes just a bit more – 1,300 hp (969 kW) to be exact. Wait, what?

Get your drag racing fix: 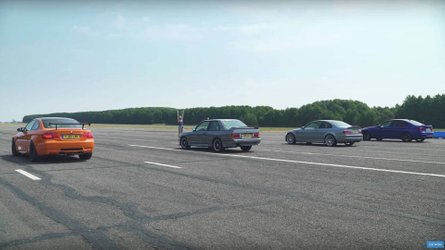 Generations Of BMW M3 Face Each Other In A Drag Race
⠀ 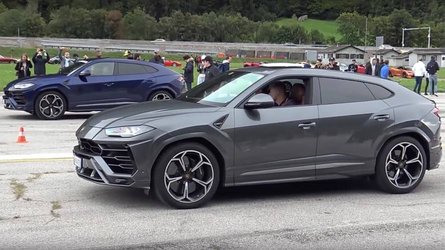 That explains why this sedan is lining up next to a Bugatti Chiron for some drag racing. The video comes from cvdzijden - Supercar Videos on YouTube, showing action from an event in Germany held yesterday called SCC 500 Rolling 50 1000 and yes, we know that name is super awkward. We don’t know the full details of the event but basic sleuthing tells us it’s a sprint that spans 1000 meters (3,280 feet) with the competitors going full power from 50 km/h after a short roll. 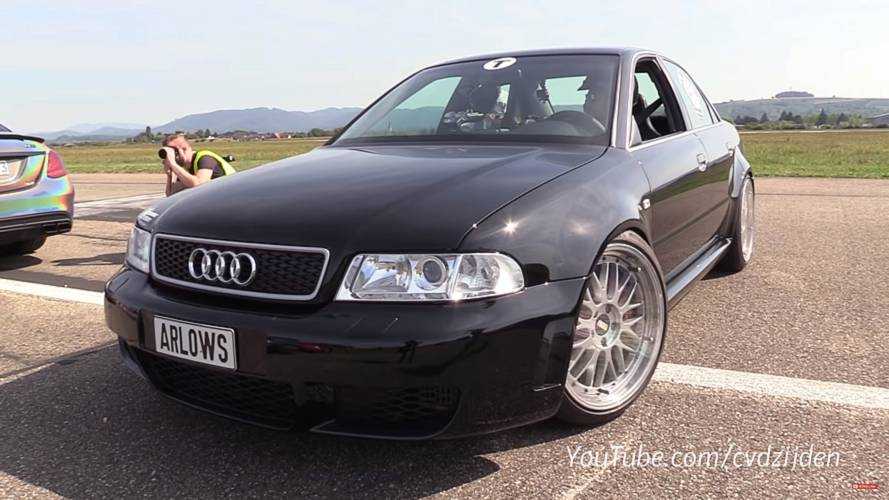 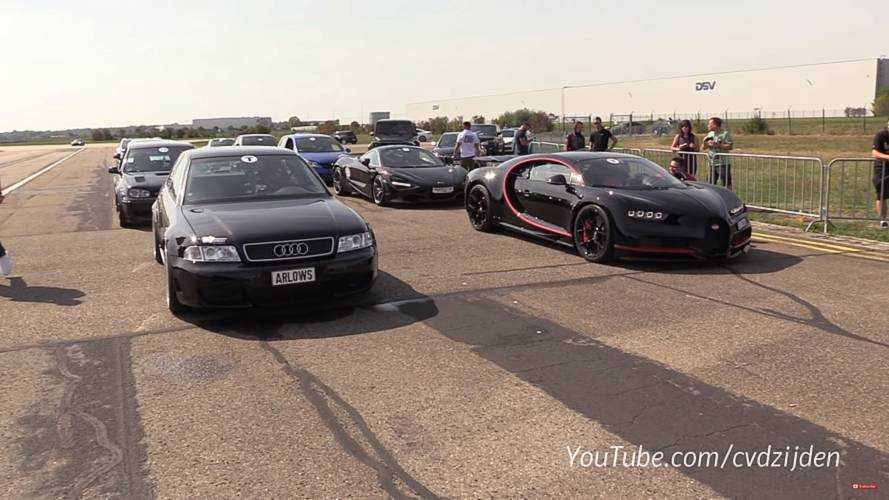 We see no shortage of anxious drivers in some pretty exceptional rides waiting for a run, but we have to believe nobody expected this sedate Audi sedan to pretty much blitz the field, least of which being the pilot of the Chiron. Even with 1,300 hp, the Audi still gives up nearly 200 hp to the almighty Bugatti, but the Audi is almost certainly lighter so there’s certainly a chance for the small sedan to pull off a tremendous upset.

Unfortunately, the camera angle isn’t the greatest for sussing out a clear winner, at least when it comes to crossing the line first. In both passes the Chiron appears to take an advantage, especially since it sounds like the Audi is fighting for traction. Elapsed times aren’t made available, but we do get to see the finish-line speed of both cars, and well, the Audi is freaking fast. It goes 307 km/h (190.7 mph) on the first run, which is amazing but still not as fast as the 328 km/h (203.81 mph) posted by the Chiron.

The second run, however, is a different story. We'll leave the final outcome to the video but know this – the S4 goes faster than the Chiron did on its first pass. Yeah, that S4 definitely qualifies as a supreme sleeper.