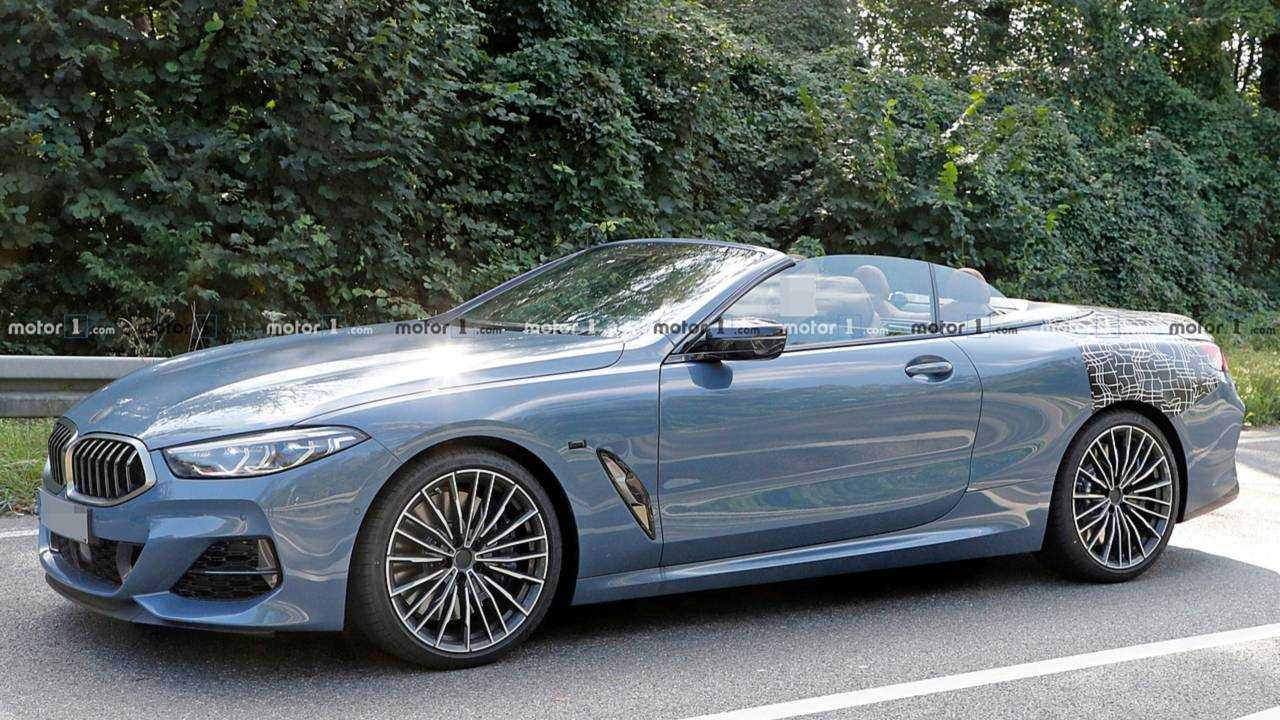 There's just a little bit of wrap left on the convertible boot and decklid.

BMW already confirmed a drop-top version of its big 8 Series coupe for 2019, and we’ve seen canvas-topped prototypes with camo wrap running around for a few months now. Way back in June we caught sight of an 8 Series completely uncovered, though it was also missing several key components like wheels and a rear bumper so it wasn't an ideal look at the new car. This one, however, is fully functional and nearly uncovered. That is, except for the BMW badges front and rear, because nobody would ever suspect this is a Bimmer.

There’s also still some camo wrap on the rear of the car covering up the hard boot cover and decklid. These components will of course differ from the standard hardtop, so BMW still wants to create a bit of mystery on what could be underneath. The 8 Series is an attractive ride with its swept roofline, but the soft top does require some changes at the back which breaks up the elegant lines to a degree. That’s just all the more reason to keep the roof down as much as possible, because it looks like a natural topless wonder.

From what we can tell, the rest of the car is standard-issue 8 Series. There will almost certainly be some added reinforcement underneath to make up for the structural loss at the top, but we expect performance to be just about the same. That’s because the existing 4.4-liter twin-turbo V8 should hold the line under the hood with 523 horsepower (390 kilowatts) and 553 pound-feet (750 Newton-meters) of twist. That’s plenty of torque to get the beefy two-door moving, though don’t be shocked if acceleration times are a click or two slower.

With such little camouflage wrap remaining, an official reveal for the 8 Series convertible is certainly right around the corner. The next big auto show is Paris in just a few weeks, and we know BMW will be there in a big way. Don’t be surprised if the rest of this camo wrap comes off in an official announcement prior to the show.