Filed under: things to do when boredom strikes. Or not.

Free time is such a luxurious commodity these days. I, for one, spend these hours to catch some sleep when I’m not writing about cars or making music. Or maybe go on a long road trip to drive my stress away. Such simple things complete my day.

The guys from MasterMilo82 on Youtube has something else in mind. In this video, they got an old, beat-up Opel Astra, and tested what would happen if they shift into reverse while running 100 kilometers per hour (62 miles per hour). Now, if they did this in their free time or they really just have an awful lot of expendable hours, that’s not of our concern right now.

They're not the first ones to test this. Here are the others: 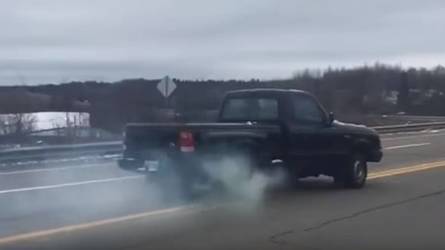 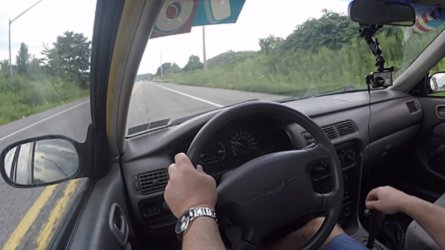 To be fair, putting your gear in reverse while running at speeds isn’t something that could affect modern cars, especially those with automatic gearboxes. These vehicles already have fail-safe mechanisms to ignore such reckless mistake. However, the car in the video was an old beater, a ‘90s Astra F (first generation), and equipped with a manual transmission. It’s even older than the 1998 Chevy Prizm that another guy tried to experiment on, but failed to get an explosive result.

All of these point to one direction – a total destruction of the car; except that, it didn’t.

At 100 kph (62 mph), the Astra didn’t allow the stick to go in reverse position. To our disappointment, nothing happened, except for some crank noises. The testers were pretty disappointed, too, so they tested out the same routine but this time, they did it while increasing the speed in increments.

At 20 kph (12 mph) and 35 kph (22 mph), the car stopped and went in reverse. It even allowed to completely drive backward. They then tried 50 kph (31 mph); the car was put into reverse gear but it almost stalled. They went further at 70 kph (43 mph) and this stalled the car completely.

Watch the whole video above to see the results for yourself.