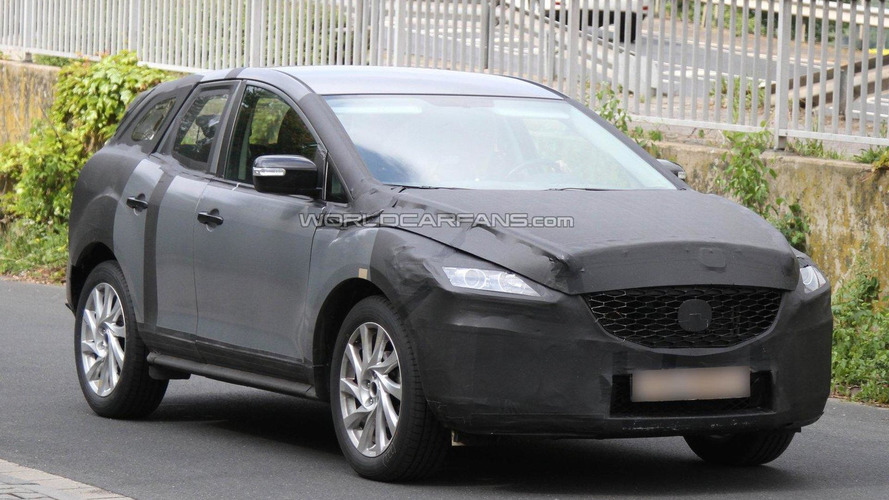 The 2012/2013 CX-5 will be based on the Minagi concept and is slated for a debut at the Frankfurt motor show in September.

You can tell how serious an automaker is about a new design by how much camouflage a prototype is wearing. And this CX-5 is wearing lots.

But we do know that the CX-5 will be based on the Minagi concept that the automaker unveiled in Geneva last month, which should give us an idea of where it is going with the design.

The CX-5 is a compact SUV that will replace the Tribute in the Mazda lineup. It features the brand's new Kodu design language and will be based on a shorter-wheelbase version of the CX-7. SkyActiv technology is also part of the CX-5 - a new engineering paradigm that introduces new efficiencies into all aspects of the car and not just the drivetrain, including the chassis and the body design.

The Mazda CX-5 is slated for a debut at the Frankfurt motor show in September and will go on sale in 2012.