2019 Mercedes-AMG A35 Teased For The First Time [UPDATED] 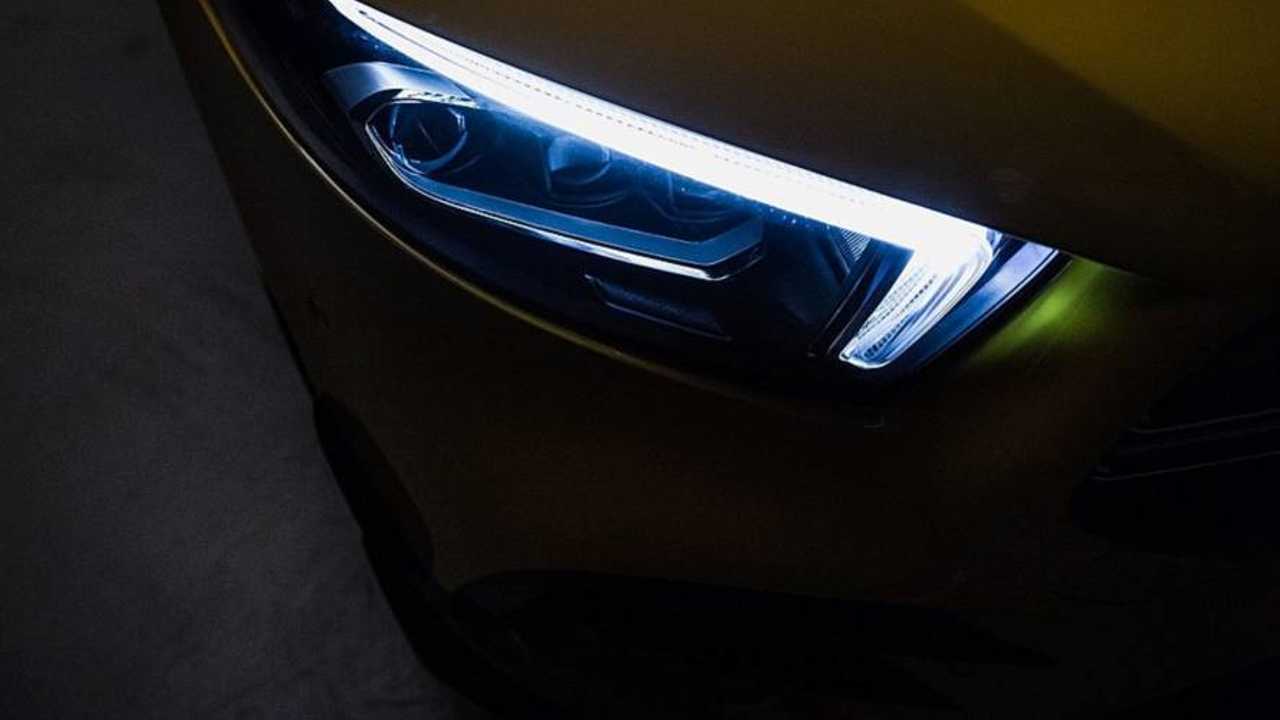 The cheapest AMG is coming...

Those willing to dip their toes into the AMG lineup for as little money as possible might want to have a look at the first-ever Mercedes-AMG A35. Teased here is the five-door hatchback version that won’t be available in the United States, but an equivalent sedan is heading to North America. Prior to its world premiere at the Paris Motor Show early next month, the entry-level model from Affalterbach is being previewed through a couple of teaser images.

There’s not a lot to see at this point – it’s a teaser after all – but we can catch a glimpse of the launch color as well as the oh-so-desirable “AMG” logo on the partially revealed front grille. Should you want the menacing Panamericana grille, you’ll have to step up to the A45 coming most likely in 2019 and due to be followed by an even hotter A45 S.

The sharp-looking full-LED headlights we’re already familiar with from the lesser A-Class models (and the CLS-Class) can also be seen in one of the adjacent teaser images. Although we don’t get to check out the car’s rear end, we do know from spy shots the A35 will feature round exhaust tips on the corners of the rear bumper, with the A45 to adopt a more aggressive quad tailpipe arrangement.

It’s too early for Mercedes to be disclosing all the juicy details, but we already know the A35 will use a turbocharged 2.0-liter gasoline engine hooked up to a 4Matic all-wheel-drive setup. AMG’s boss Tobias Moers has suggested the Audi S3-rivaling hot hatch will have “around 300 horsepower” to easily eclipse the 221 hp available in the sportiest version on sale right now, the A250 / A250 4Matic.

Expect more teasers to be published between now and the car’s official reveal in The City of Lights. According to our German pals at Mercedes-Benz Passion Blog, the A35 will be available for order in Europe as early as October, with customer deliveries to start in December.