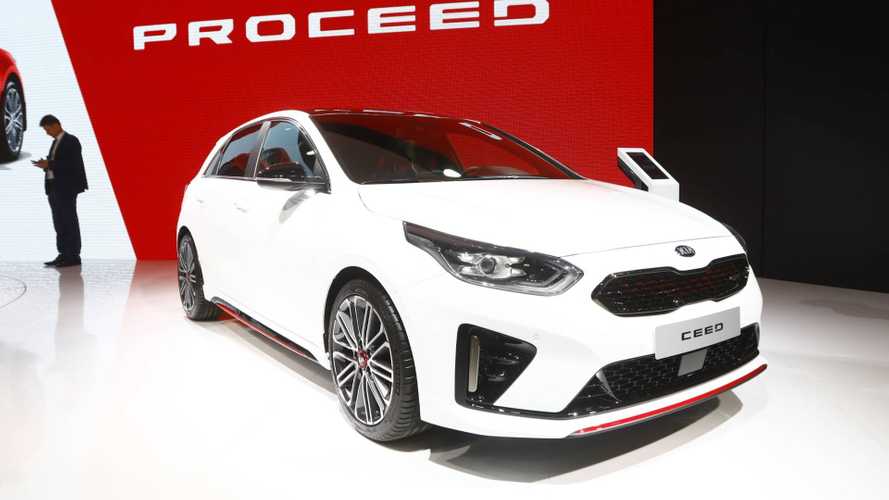 Not quite to the same hot hatch levels as the Focus ST and Golf GTI, but still an appealing proposal.

Designed, developed, and built in Europe for Europe, the new Kia Ceed GT has arrived for those in need of more performance compared to the regular compact hatchback equipped with the turbocharged 1.4-liter engine. Like its predecessor, the new sporty five-door model uses a 1.6-liter mill with forced induction to develop 201 horsepower and 265 Newton-meters (195 pound-feet) of torque.

Given the output, it’s not exactly a direct rival for beefier models in this segment such as the Ford Focus ST and VW Golf GTI. That’s because the Ceed GT has always served as a more affordable hot hatch geared towards customers looking for extra muscle without having to pay the premium commanded by the more established players.

While the previous-generation cee’d GT was stuck with a six-speed manual, you’ll be happy to hear Kia will sell the new one with an optional seven-speed, dual-clutch automatic transmission. Go for the DCT and you’ll get newly developed metal alloy shift paddles located behind the steering wheel for manual shifting. Alternatively, you can let the car do all the work by automatically performing the “quick-fire” gear shifts.

There's a more practical version worth checking out

Another advantage brought by the automatic gearbox is the drive mode select system, which allows the driver to choose between normal and sport modes. The former puts an emphasis on comfort and efficiency while the latter sharpens up the throttle and transmission response to enable the best acceleration possible. Unfortunately, Kia has not disclosed any performance details.

More oomph over the lesser Ceed versions requires additional stopping power, hence why the engineers have replaced the standard 288-mm front brake discs with a larger 320-mm set. In addition, the discs are now a bit thicker to boost heat absorption and increase braking performance with repeated use. The brakes are hiding behind 18-inch wheels wrapped in standard Michelin Pilot Sport 4 225/40 R18 tires. Kia mentions they’ve tweaked the steering rack and it’s now 17 percent compared to the old cee’d GT.

Aside from the larger alloy wheels, other visual upgrades include slightly more aggressive front and rear bumpers, dual exhaust tips flanking the rear diffuser, and red body accents also noticeable on the honeycomb pattern of the “tiger nose” grille. These red touches continue on the inside where we notice the model-exclusive sports seats providing greater lateral support especially when going through corners at a fast pace.

Following its public debut at the beginning of next month during the 2018 Paris Motor Show, the new Ceed GT will enter production at Kia’s Žilina plant in Slovakia in November when it will join the regular Ceed and Ceed Sportswagon, but also the new ProCeed / ProCeed GT shooting brake. Sales of the Ceed GT are programmed to start in the first quarter of next year.