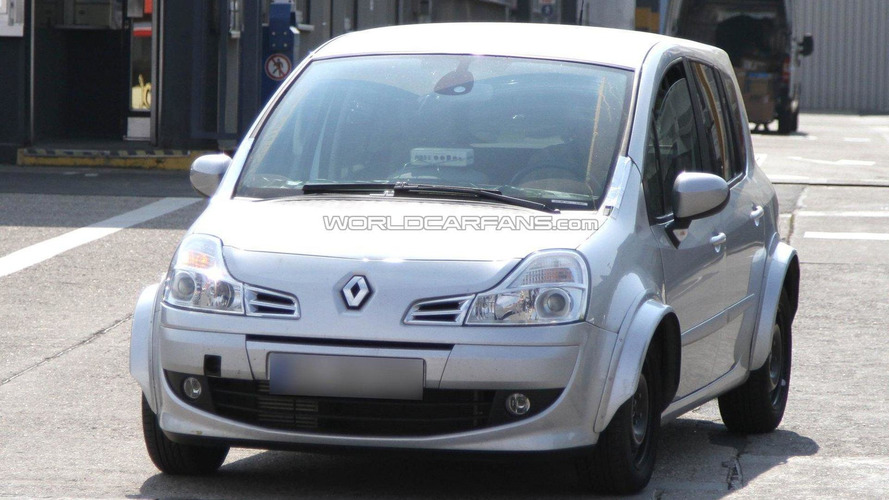 Mule for next-generation Renault Modus is spotted in Germany testing with wider wheel arches - just like a previous Clio mule.

Renault is now testing a mule for the next-generation Modus model.

The Clio-based mule spotted testing in Germany is featuring wide wheel arches which hints that the next-generation Modus may grow into a wider track. It is also sitting a little lower than a standard Modus.

Renault introduced the R-Space concept at the Geneva show which previews the design direction the French automaker may go in for the next Modus model.