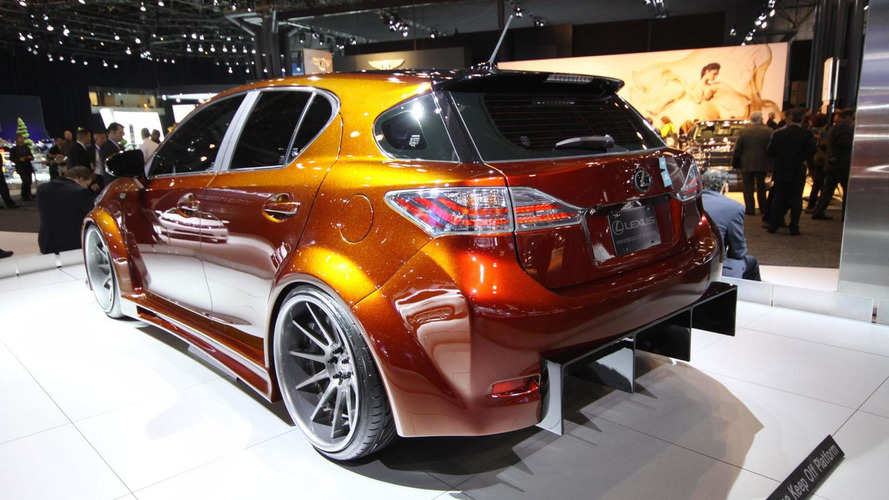 The New York Auto Show is starting to wind down, but that hasn't stopped Lexus from unveiling a one-off CT200h in the Big Apple.

Inside, the cabin is tastefully restrained as there's Yonaka Ronin racing seats, aluminum trim and illuminated Lexus logos in the door panels.

Under the hood, the 1.8-liter engine has been outfitted with an Eaton supercharger, a Climax Racing intake manifold, and a high-performance intercooler. While performance specifications weren't released, Lexus estimates the four-cylinder produces approximately 300 hp (224 kW / 304 PS).