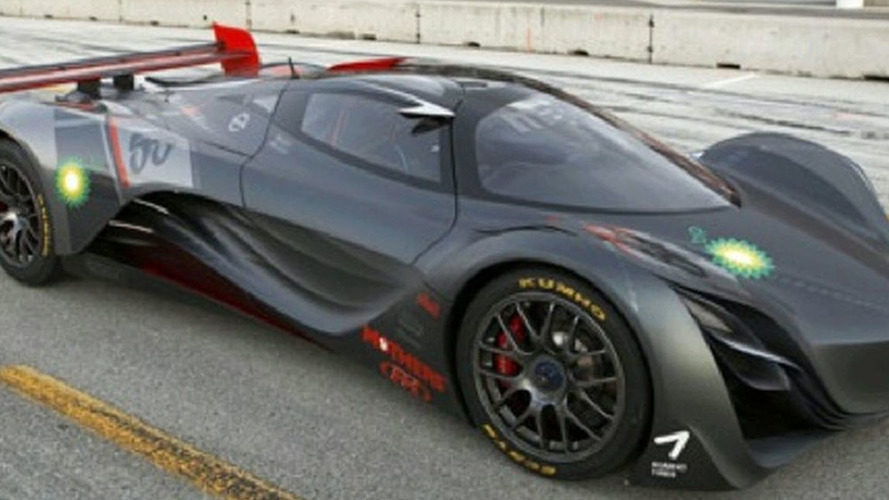 Half concept, half race car Ã¢â‚¬â€œ the Furai is the fifth car to explore new a design language for future Mazda cars

"Zoom-Zoom" philosophy goes on race track with Mazda's new concept car. It is back to the future as Mazda wants to give a reminder of its overall win at the 24 Hours of Le Mans in 1991. Some official photos have leaked just two weeks before Detroit Motor Show 2008, where the Furai Concept is making first public appearance. The name Furai (pronounced foo-rye) means "sound of wind".

The Furai is not a typical non-functional concept as it is designed to really perform. The basis of the car is a 2005 Courage C65 chassis, which is an LMP2-class entry in the American Le Mans Series. The body resembles the style of the Nagare concept car. It's the fifth concept of the family – after Nagare, Ryuga, Hakaze and Taiki concepts, that clearly represent Mazda's exploration of a new design language for its future cars. So far the company has not confirmed if these design cues will finally take root in a production car.

The car is powered by a mid-mounted, three-rotor Mazda 20B rotary engine, that gives around 450 hp thanks to E100 ethanol fuel. Mazda's studio in Southern California led by North American design boss Franz Von Holzhausen is responsible for the design of the Furai, and further developed by the racecar specialists at Swift Engineering. As a result, the Furai is able to generate about 80 percent of the downforce of the original race-spec bodywork, which is phenomenal achievement given the fact that Furai has never seen a wind tunnel.

Mazda Furai actually made a couple of hot laps around Mazda Raceway Laguna Seca piloted by ALMS ace Jamie Bach. Swift and Mazda worked closely to come up with an innovative intake configuration. Unlike a traditional F1-style snorkel, the Furai takes breath through a shallow, leaflike cup known informally as an "air fang." As the air flows through, twin vortices on either side of the device are generated, which then dump fresh air directly down the intake without incurring the efficiency losses of a traditional snorkel. Will we ever see this in a production car?