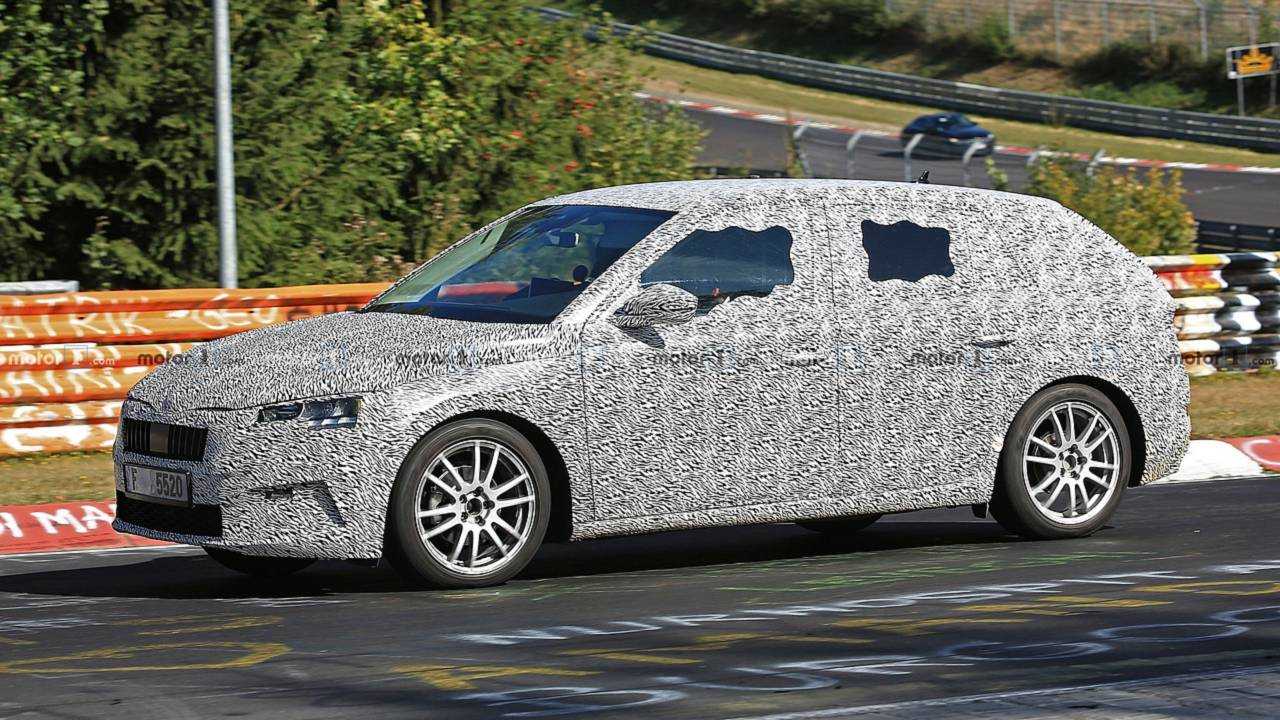 The standard Rapid and the Rapid Spaceback will morph into a single model to rival the Volkswagen Golf.

Underneath all that camouflage hides an all-new Skoda model we shall see in final form at the beginning of next year. The five-door compact hatchback will replace both the Rapid Liftback and Rapid Spaceback available today, but it will go by another name to reflect its new status in the company’s expanding lineup. The Czech marque has big plans for the Rapid replacement as it will push the model upmarket to go after the likes of the Volkswagen Golf and the Ford Focus.

Even though this is the very first batch of spy shots, already the prototype caught on camera appears to have the full production model as well as the final lights. The shape of the vehicle isn’t all that different compared to the aforementioned Spaceback (they’re both hatchbacks after all), but we can already notice some changes worth mentioning.

For starters, the reshaped and angled headlights appear to be of the full-LED type, while the hood clearly has a different contour. The front bumper seems to be much more aggressive thanks to the generous air intakes masked by the swirly disguise plastered all over the body. We can also observe the door handles sit a bit lower and the greenhouse has been altered, but we can’t quite figure out whether there’s still a glass section aft the rear doors like on the current Rapid Spaceback.

The lower section rear bumper looks a bit odd, although we’re hoping it’s just because of the camouflage. Don’t say you haven’t been warned, but the prototype appears to feature a pair of ghastly exhaust finishers installed just for décor. The Vision X-inspired taillights are completely new and much wider by extending onto the tailgate.

Images of the interior are not available in this initial set of spy shots, but we’re expecting it to have many things in common with the Vision RS concept’s cabin. Pictured above, the showcar will be unveiled next month in Paris to preview not just the Rapid successor, but also a potential RS version slated to arrive later in the model's life cycle to fight the Golf GTI and Focus ST.