This happens when you don't know which Ferrari to buy next.

Imagine you’re a Ferrari collector. Okay, that wasn’t hard, right? But what if you already have the latest and the greatest cars from the Italian marque? Let’s say you own a LaFerrari, an 812 Superfast, an Enzo, an F50, an F40 – heck, you even have a 2002 Ferrari Formula One race car in your garage. What would your next move be?

That must have been David Lee’s conundrum before, except that it’s not an imagination but an actual “problem” for the business tycoon. You know what he did? He bought an F12tdf and had it bespoke to match his 250 Lusso Competizione.

Now, for you to understand how nifty Lee’s move was, here’s a brief history of the F12tdf and the 250 Lusso Competizione. The F12tdf is a track-focused, more powerful version of the F12berlinetta, which was made as a tribute to the Tour De France race, hence the name. The race was regularly won by the legendary Ferrari 250 between 1956 and 1964. With both cars intertwined within Ferrari’s history, David Lee’s F12tdf (or F12tdfDSKL) is serendipity sealed with a Prancing Horse emblem.

This grandfather-grandson combo looks good together, as both are styled almost exactly the same. Both cars come in yellow and highlighted by the Scuderia Ferrari shield and Italian flag racing stripes that run all over the car’s exterior and interior. The seats come in blue with red seatbelts/harnesses, but the F12tdf gets Alcantara for a modern twist. The diamond-quilted leather in the rear compartment is also present on both cars. Even the headliners are the same. Wow.

Going back to the Formula One race car in Lee's garage, do you think he this race car on the streets of L.A.? I guess we’ll never know. 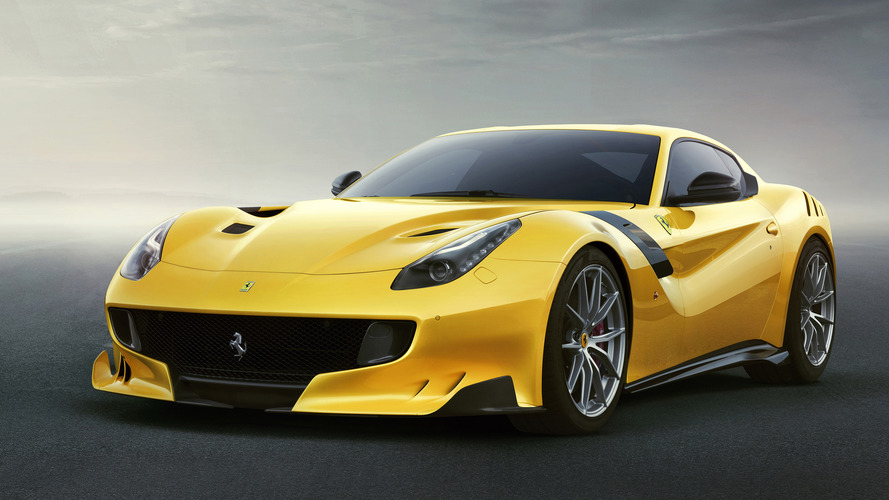