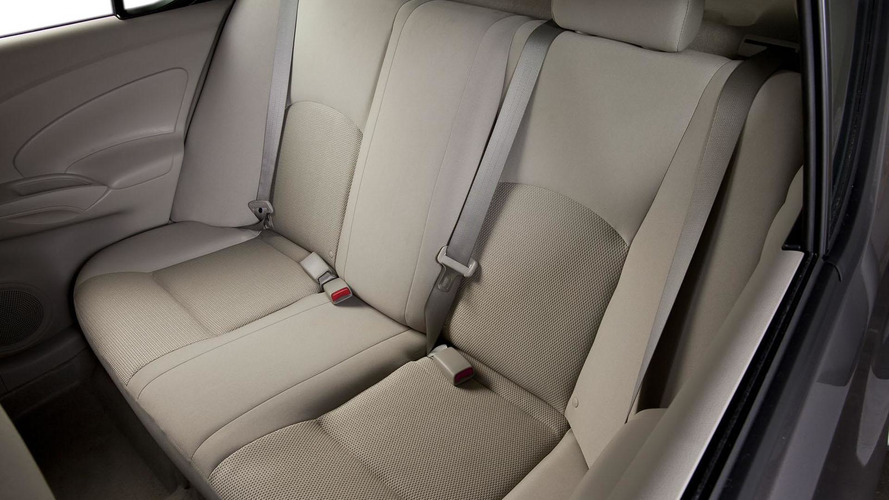 Nissan has unveiled the redesigned Versa at the New York Auto Show. It will be launched with summer with a base price of $10,990.

Nissan has unveiled the redesigned Versa at the New York Auto Show.

Essentially a rebadged Sunny, the Versa has a "refreshing design" with an "upscale look." We're not entirely inclined to agree, but the model features jewel-like headlights, chrome accents, and 15-inch alloy wheels.

Inside, the cabin is sparsely equipped and material quality seems subpar. Despite this, Nissan says the Versa has more rear legroom than "luxury cars such as the Lexus LS460, BMW 5-series and Mercedes E-Class."