Did you think the V12 would sound terrible?

The Ferrari LaFerrari is the pinnacle of Maranello engineering. The car is named The Ferrari when you translate it from Italian. It’s a 950-horsepower hybrid hypercar that packs a naturally aspirated V12 engine. On paper, it can reach 150 miles per hour from a standstill in under 10 seconds. It helped usher in a new era of hypercars in 2013 where nearly 1,000-horsepower supercars and hybrids met in the name of performance. With a Ferrari V12 sitting midship, the LaFerrari was destined for greatness – with an already stunning sound from the quad tailpipes.

Listen to other supercars 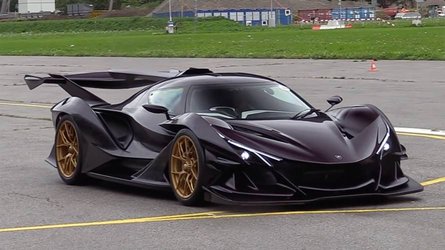 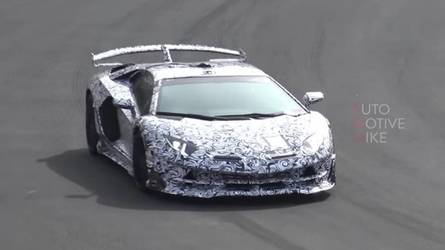 Listen To The Lamborghini Aventador SVJ In Action On The 'Ring

However, for some, the V12 wasn’t loud enough. Shmee150 met a gentleman who thought the top-tier Ferrari needed an adjustment to its acoustics. He didn’t just upgrade the exhaust, replacing all the bits with aftermarket parts. Nope, he straight-piped the darn thing, giving the LaFerrari’s V12 an unholy sound that likely makes him hated in his neighborhood. The last thing a sleeping neighbor wants is a raucous V12 rumbling to life at 6 a.m. on a Saturday morning. That’s grounds for eviction from the yearly block party. 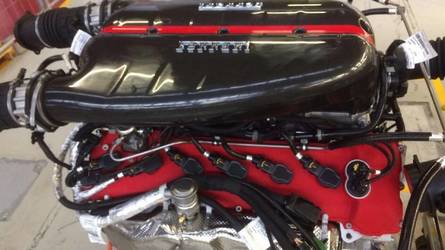 The video shows the V12 starting cold, rumbling to life with the spit and vinegar of a pissed off tiger at the circus. It’s hard to judge loudness on video – especially on YouTube – but Shmee150, well versed in the LaFerrari’s throaty exhaust note, doesn’t even want to be in the garage when it starts up. Almost reluctantly he stands behind the hypercar, finger in one ear with the camera in his other hand. Shmee tries to talk over the exhaust, but it’s overpowering. You can’t hear Shmee at all. Even when he exits the garage, and is several feet away, it’s still difficult for the camera’s microphone to pick up Shmee’s voice. It's crazy.

Whether you like someone modifying their rare LaFerrari doesn’t matter. This thing sounds like a beast – an Italian creature that’s angry. Just listen and enjoy.