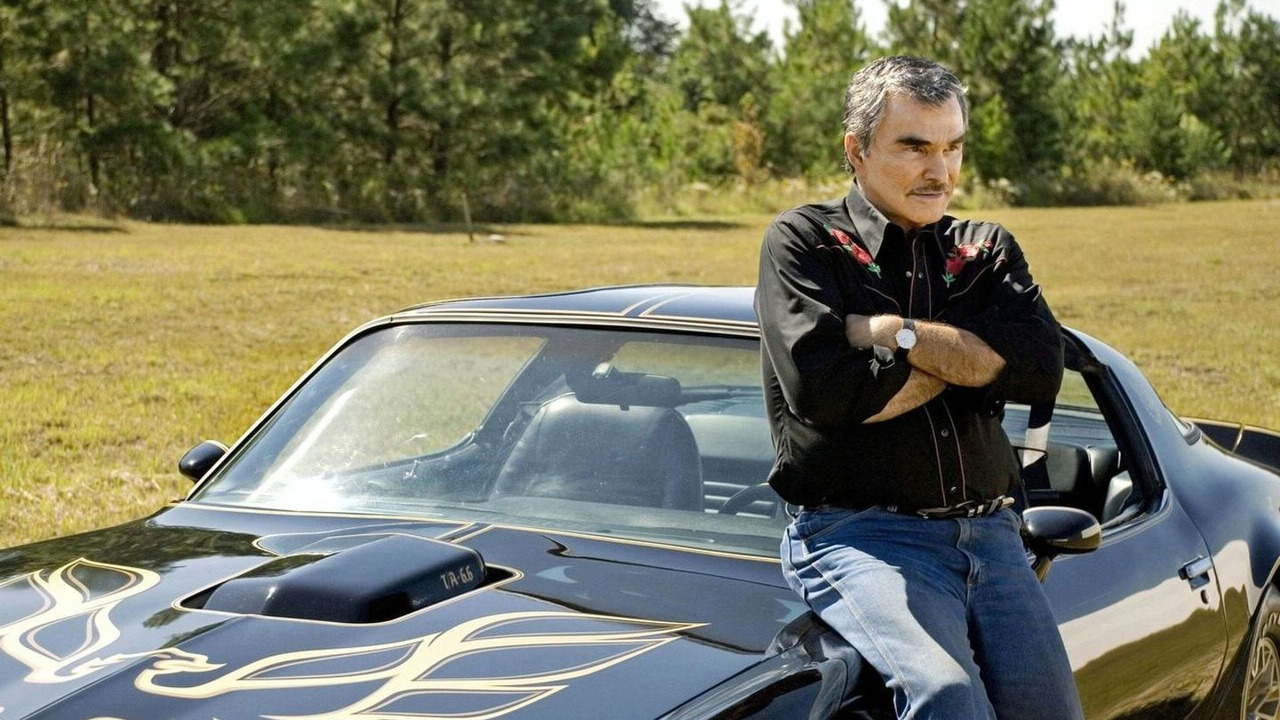 Anyone over the age of 30 with the slightest passion for cars knows Hollywood legend Burt Reynolds as The Bandit – the professional show-off with a black Pontiac Firebird Trans Am who constantly made Sheriff Buford T. Justice look like a fool in the 1977 blockbuster Smokey And The Bandit. Today the world lost Reynolds at the age of 82, with numerous sources reporting the cause of death as cardiac arrest. But his legacy as one of the most loved on-screen car guys of all-time will certainly endure.

That legacy extends far beyond his role as the Bandit, not to mention the black 1977 Trans Am he made famous. His acting career actually began in the late 1950s, but many consider 1972’s Deliverance to be his breakout film. His on-screen car legacy launched with 1973’s White Lightning, where he played an ex-con trying to help the Feds bust up a moonshine-running ring.

Following Smokey and the Bandit, Reynolds went on to star in a slew of car-themed films. Aside from the first Bandit sequel, he played an aging stuntman in 1978’s Hooper, which is still one of the most epic car stunt movies of all time. He starred in The Cannonball Run – a surprisingly accurate if comedic portrayal of veteran auto journalist Brock Yates’s real-life adventure in the infamous Cannonball Baker Sea-To-Shining-Sea Memorial Trophy Dash. Yates had a guest role in the feature, and the ambulance Reynolds drove in the 1981 film was the actual ambulance Yates used in the real race.

1983’s comedy Stroker Ace saw Reynolds playing a NASCAR driver, and he reprised his Cannonball role for a sequel to the film in 1984. He also had a very small part in the final Smokey and the Bandit sequel, and he ended the 1980s on television as private detective BL Stryker driving a 1960 Cadillac convertible. Fast forward to 2001 where he had a prominent role in the racing film Driven, and of course we can’t forget his role as Boss Hogg in the 2005 cinematic reboot of The Dukes of Hazzard. In fact, many people credit Smokey and the Bandit as the inspiration for the original Dukes 1979 television series. Some might say he came full circle as the definitive wisecracking Hollywood car hustler.

To say his various roles and on-screen personas influenced generations of car fans is a tremendous understatement. He will most definitely be missed. Rest easy, Bandit – we'll be 10-10 on the side.