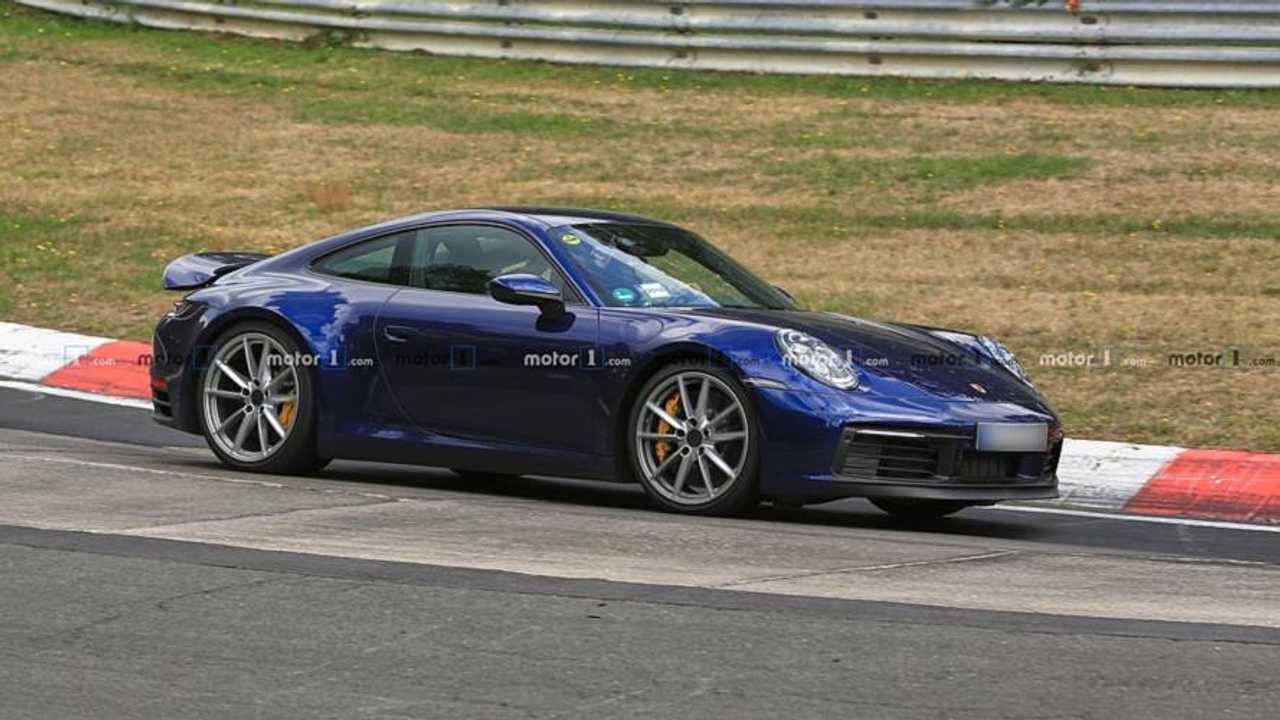 The endless stream of Porsche 911 spy photos isn’t over yet, but we are not complaining – we can never get too many of them, right? Attached at the end of the article is another batch of fresh shots, showing two prototypes lapping the Nurburgring at high speed.

The German sports car maker is not even trying to hide the car anymore, as these two trial cars, just like the last couple of prototypes, are not featuring any kind of disguise. The company is only taping off sections of the taillights, but that’s not enough to hide the LED strip that spans the entire rear end.

Up front, the design is probably in its final form, although there are a few decorative bits that seem to be missing from the bumper of the red prototype. It also appears that Porsche is using stickers to partially hide the actual design of the headlights, but don’t let them fool you – it’s perfectly clear that the new 911 will stick to the familiar four-point LED setup of today’s model.

Interestingly, the red car features a full roll cage and some kind of a taped radar on the A-pillar. The blue prototype has larger wheels and a number of additional cameras on the windscreen, probably collecting data about the car’s behavior in corners.

The debut of the 992 family of the sports car is probably around the corner and we expect to see it in its full glory at the Paris Motor Show in early October. Naturally, the first to arrive will be the standard models, which will be joined by the Turbo, hybrid, and GT3/GT3 RS variants later during the vehicle’s lifecycle. The latter is rumored to move to a turbocharged engine with somewhere in the region of 513 horsepower (382 kilowatts).

We won't be surprised if even more spy photos of the new 911 arrive in the days before the car’s premiere, so stay tuned.