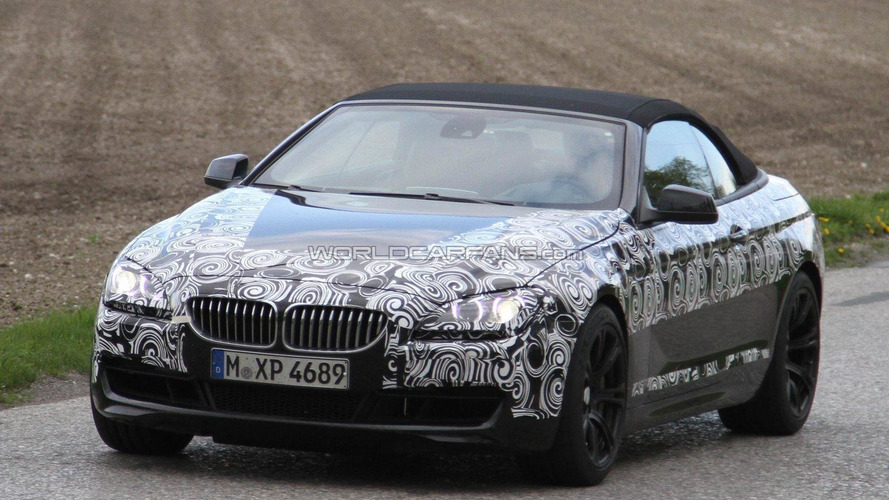 Upcoming M6 Coupe and Cabriolet models spied out spring testing together with the Coupe revealing more.

Here is the latest set of spy shots of both the 2012 M6 Coupe and Cabrio models caught while doing some spring testing.

This time we catch the M6 Coupe less disguised and we can make out more of the shape of those new front and rear bumpers and side skirts.

The Cabrio is in the same disguise as when we last saw it but these new shots still reveal more about the two upcoming variants.

The F12 BMW M6 will likely feature the same power plant expected in the upcoming M5 - that would be the 4.4 liter twin-turbo V8 with an output of around 600 PS (592 bhp / 441 kW) coupled to the 7-speed DCT Drivelogic double clutch gearbox.