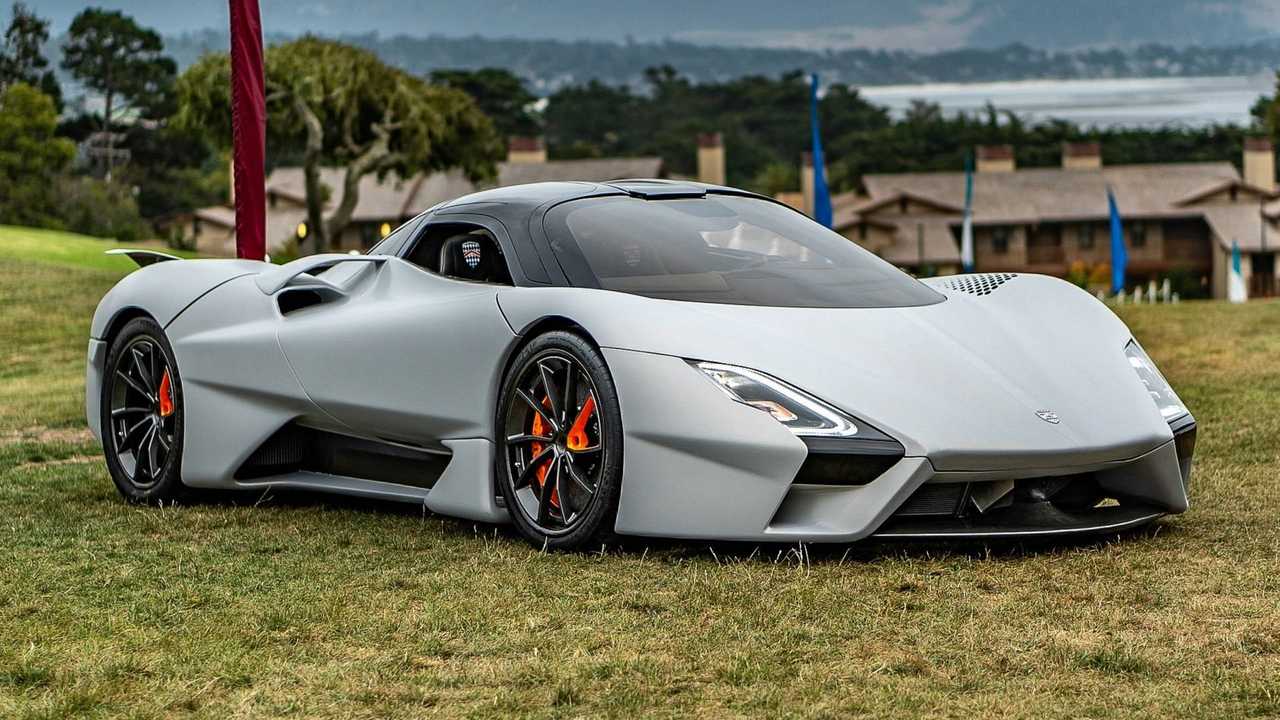 SSC North America also mentions the hypercar has been engineered to accommodate a targa top.

The race to 300 mph is on. Koenigsegg strongly believes its Agera RS could go beyond the record-breaking 277.87 mph (446.97 kph) while Hennessey is putting the finishing touches on its new Venom F5. Despite the fact Bugatti has said a top speed run with the Chiron might never happen, we won’t be too surprised if the folks from Molsheim will have a change of heart sooner or later.

Listen To The Twin-Turbo 5.9-Liter V8 Powering The SSC Tuatara

SSC North America is joining the race with its new Tuatara, unveiled last month at the Pebble Beach as a follow-up to the almost forgotten 2011 namesake concept. The company is confident it’s the only one with the right stuff to break the 300-mph barrier as per a new statement made by CEO. In an interview with Top Gear magazine, the automaker’s head honcho, Jerod Shelby, said the following:

“The knowledge I have of our competitors, I feel that we’re the only ones that really have a legitimate shot because of the drag numbers and the horsepower that we’re producing.”

While the final version of the Tuatara is not ready yet, SSC North America is happy to report the car’s current drag coefficient of 0.279 has already surpassed the initial target. More work needs to be done to further lower that number while boosting downforce at the same time. In addition, Jerod mentioned the hypercar has been engineered to accommodate a targa top, which could be offered further down the line.

As for the engine, we already knew the twin-turbo 5.9-liter V8 can generate 1,350 horsepower on regular fuel and a massive 1,750 hp when using E85. Jerod was nice enough to disclose additional details, mentioning the engine has dual injectors per cylinder and is smart enough to automatically adapt based on the fuel is feeding on:

SSC North America is working with Italian company AutoMac to develop the computerized seven-speed manual gearbox described as being a “robotic system, all hydraulic, with three driving modes: comfort, sport and track.”

Production will be limited to only 100 cars and customer deliveries are estimated to begin next summer. It’s too soon to say when the top speed run will be conducted and if there are tires advanced enough to withstand the impressive velocity, but here's hoping it will happen sooner rather than later.

Find out who is competing in the race to 300 mph

Koenigsegg: Agera Successor Will Have 1,400 HP With Room To Grow