2019 BMW 3 Series Wagon Caught Up Close At The Nurburgring 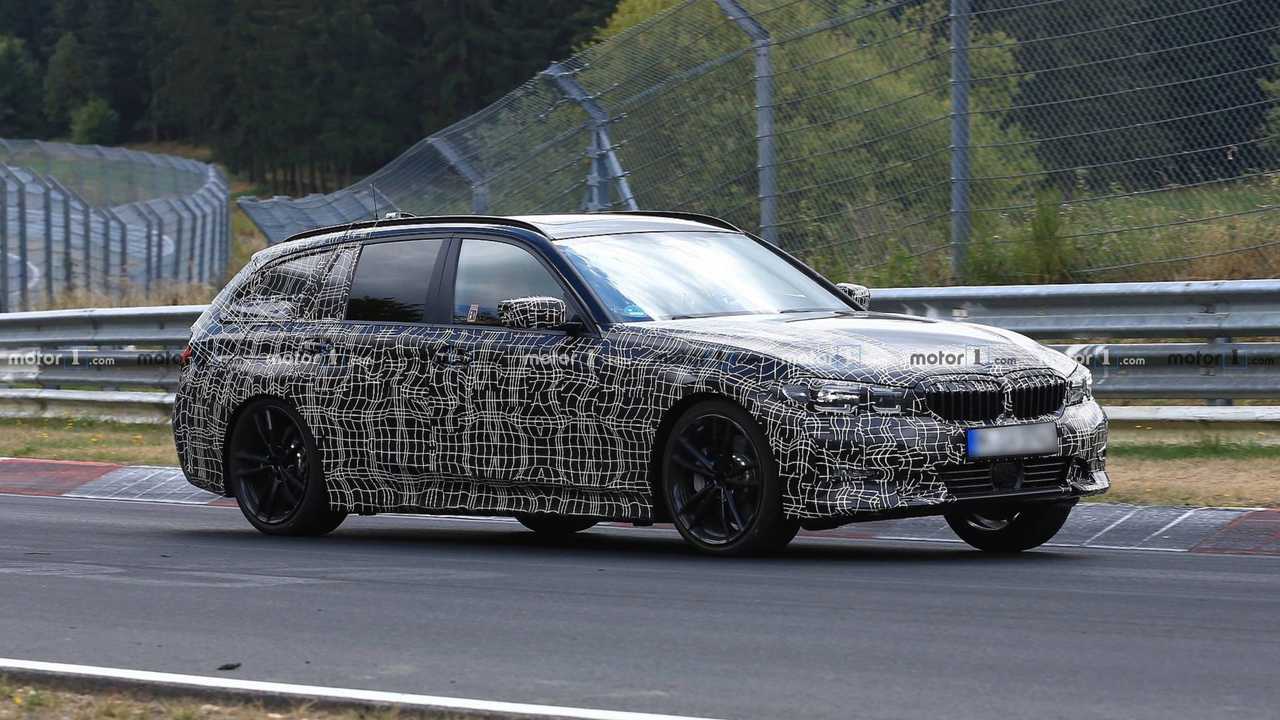 The rear of the car has tiny rivets holding in place the extra disguise.

We are about a month away from the highly anticipated reveal of the next-generation BMW 3 Series Sedan at the Paris Motor Show, but we’ll probably have to wait until early next year to see its more practical sibling. Caught this week patrolling the Green Hell, the family-oriented 3er had all the final bits and frankly, it looked awfully familiar. The exceptions would have to be the sleeker headlights and taillights since these seem to be significantly different compared to those of the outgoing model.

Because this is the wagon, BMW went to the trouble of slapping on extra disguise on the prototype’s rear end to better conceal the car’s derriere likely able to accommodate a more spacious cargo area than the current car. That’s because the new 3 Series is expected to grow a bit in size and at the same time offer more optimized packaging thanks to the CLAR platform.

Aside from offering more room for your luggage, the 3 Series Wagon / Touring should prove to be more spacious inside the cabin, especially for passengers sitting in the back that will get to enjoy an elongated wheelbase. While the footprint increase is not evident in the adjacent images, don’t be too surprised if the press release will include details about the body’s minor growth.

You’d think a bigger car equals added weight, but that won’t be the case with the next-gen 3 Series. BMW has already said the sedan will be up to 121 pounds (55 kilograms) lighter, so expect a similar diet from the wagon. We also know it’ll be blessed with BMW’s most powerful four-cylinder engine ever installed in a road car and is set to receive wider front and rear tracks.

In the case of the sedan, the weight will be distributed evenly 50:50 front/rear and the center of gravity will drop by 0.4 inches (10 millimeters). The long-roof version should carry over just about the same improvements, plus the more voluminous cargo area only the wagon version can deliver. Those in need of a more spacious 3 Series might be stuck with the wagon as the Gran Turismo is expected to get the axe in July 2020.

We might see BMW’s A4 Avant competitor at the Geneva Motor Show in March 2019. Meanwhile, the sedan could premiere online before its Paris debut set for early October.