Mid-Engined Chevy Corvette Caught In Most Revealing Spy Shots Yet

The once elusive mid-engined 'Vette is not shy to pose for the camera.

[UPDATE, September 4] New on-track images have been added to the gallery, below.

Here’s a morsel of Americana for this Labor Day holiday in the States. Chevrolet isn’t taking time off to cook hot dogs – it’s pulling heavy camo covers off the much anticipated mid-engine Corvette and turning laps at the Nürburgring. We last saw the new supercar about a month ago in racing trim, revealing the big side intakes and swooping nose. It wasn’t entirely clear if the striking shape was all Corvette or still wearing some clever coverings, but this new batch of photos of what appears to be a road-going version has a similar pair of side intakes, though slightly less aggressive.

Zooming in a bit closer on the sides, we can see those gaping intakes better than the previous spy shots showing the C8.R, unencumbered by the hardcore body kit that car was wearing. They still don’t seem to blend with the body very well up near the beltline, so it’s still possible these intakes could at least be exaggerated a bit by some bolt-on camo. The wide side mirrors could be production spec though, and the edgy body lines aren’t out-of-line with what we see on the current C7 model. 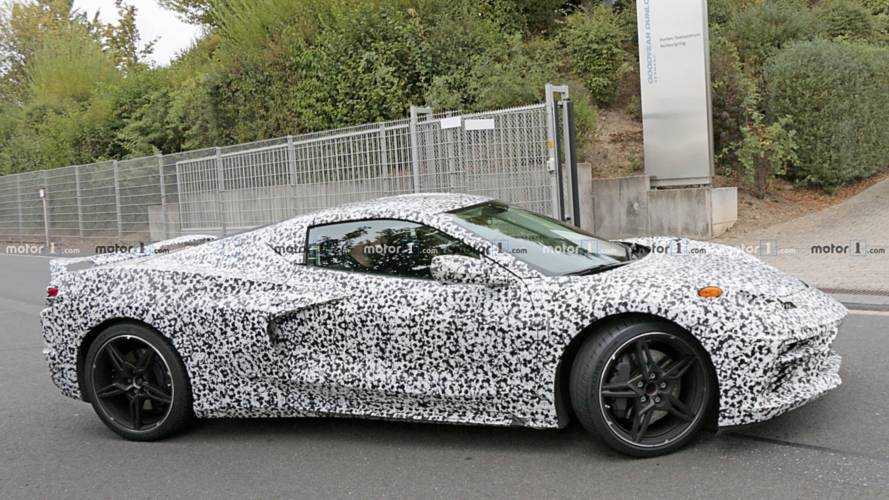 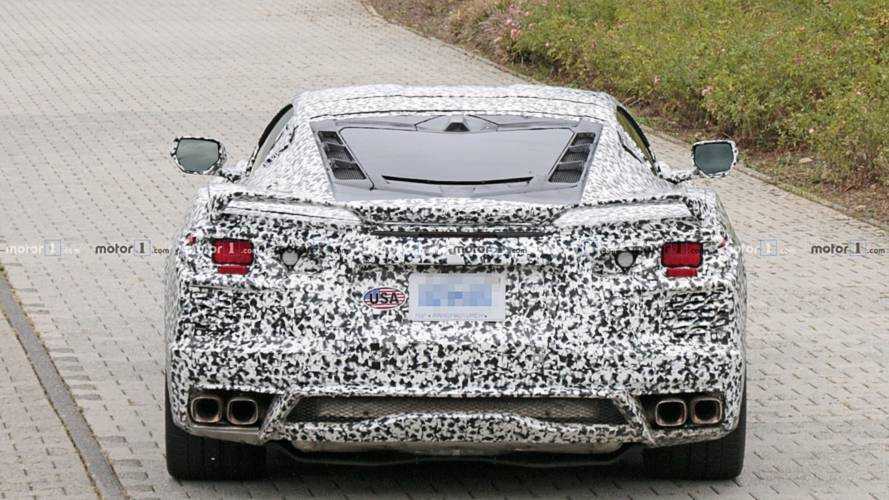 The new photos certainly give us the best look yet of this C8 supercar, especially at the rear showing the engine cover and quad exhaust outlets. It’s possible that engine cover is still a placeholder for the real deal, and the taillights could still be pre-production as well. Still, with the heavy covers removed the new C8 definitely has a recognizable backside that shows Corvette lineage with the general shape of the fascia. It's a little less iconic up front, where we can't help but see shades of the Ferrari 360 underneath that camo wrap. Those headlights could be placeholders too, so we're very interested to see what Chevrolet has in store to make its mid-engine Corvette stand out in a crowd of ever-increasing mid-engine supercars. 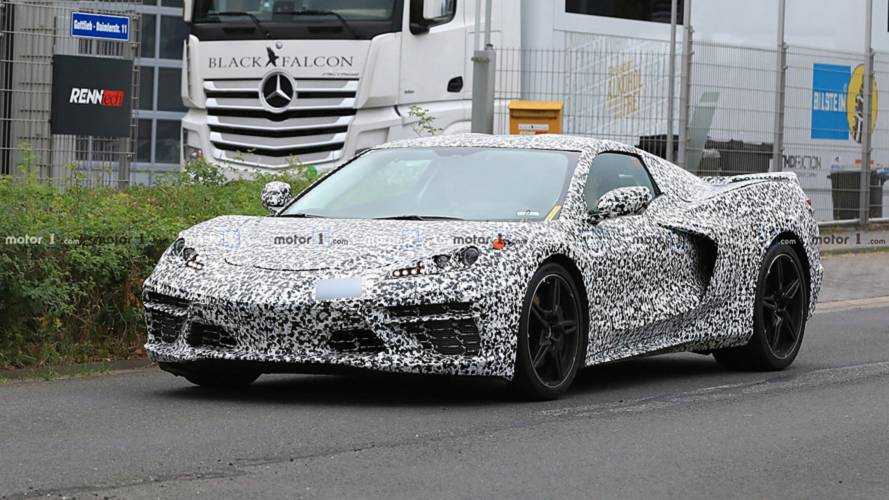 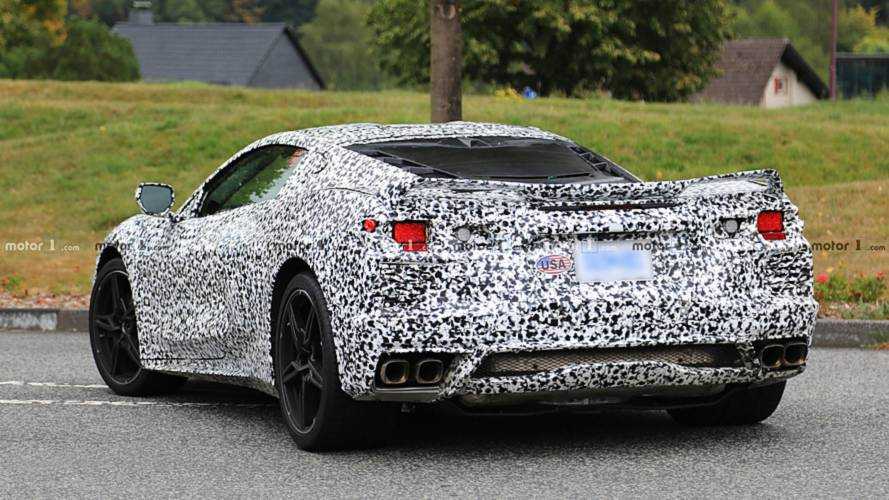 As for what’s under that rear engine cover, we can’t say for certain obviously but all the rumors point to a range of V8 engines, starting with a familiar 6.2-liter mill making 460 horsepower (343 kilowatts) and ending with an 850 hp (634 kW) twin-turbo monster. Given the rather modest appearance of this prototype, we’d guess it’s naturally aspirated.

The latest word is that production could begin on the new Corvette a year from now, in September 2019.