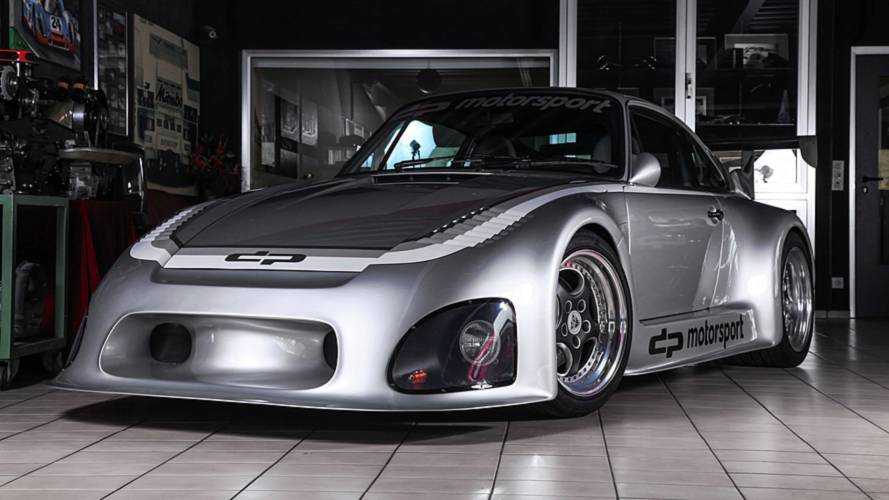 Is it too early to ask for a Christmas present?

The 935 has been known as a formidable piece of Porsche motorsport history since 1976 when its first model was introduced. It’s a racing version of the 911 Turbo that’s prepared for the FIA Group 5 rules. Since 1984, this car has won over 150 worldwide, which includes 20 class wins. That number alone makes this Porsche a force to be reckoned with.

DP Motorsport aims to relive that legacy with the Porsche 935 DPIII. The aftermarket company, with its founder Ekkehard and son Patrick Zimmerman, has cemented its name in transforming “Porsche models into dream cars,” and its latest product is the best testament to that.

For the uninitiated, though, the base vehicle for the 935 DPIII project is a 1992 Porsche 965 Turbo with a 3.3-liter engine. DP Motorsport is known to do this conversion since the ‘80s, and they’ve been successful in doing so and competing in German motorsport scene.

Such history in German motorsport is the inspiration in the 935 DPIII project. The polar liver shade with stripes is exactly the same, as well as the body kits which are made from high-grade fiberglass with diverse carbon fiber reinforcements. A newly-manufactured stainless steel exhaust system is the cherry on top of the cake.

The engine gets dialed up, too, which now can produce 450 metric horses. It’s also fitted with adjustable sports suspensions by H&R, a uniball strut bearing, and an adjustable strut brace. Wheels have also been reconfigured, with 9x18 inches in 245/40-18 on the front axle and 12.5x18 inches with 335/30-18 at the rear.

Of course, the interior isn’t left out as DP Motorsport dressed the cabin in fine leather in black and gray. The steering wheel is sports type, as well as the presence of club sport roll-over bars because they are humans, not savages. The seats are lollipop type, which also comes in black and gray.

More modified Porsches to check out: