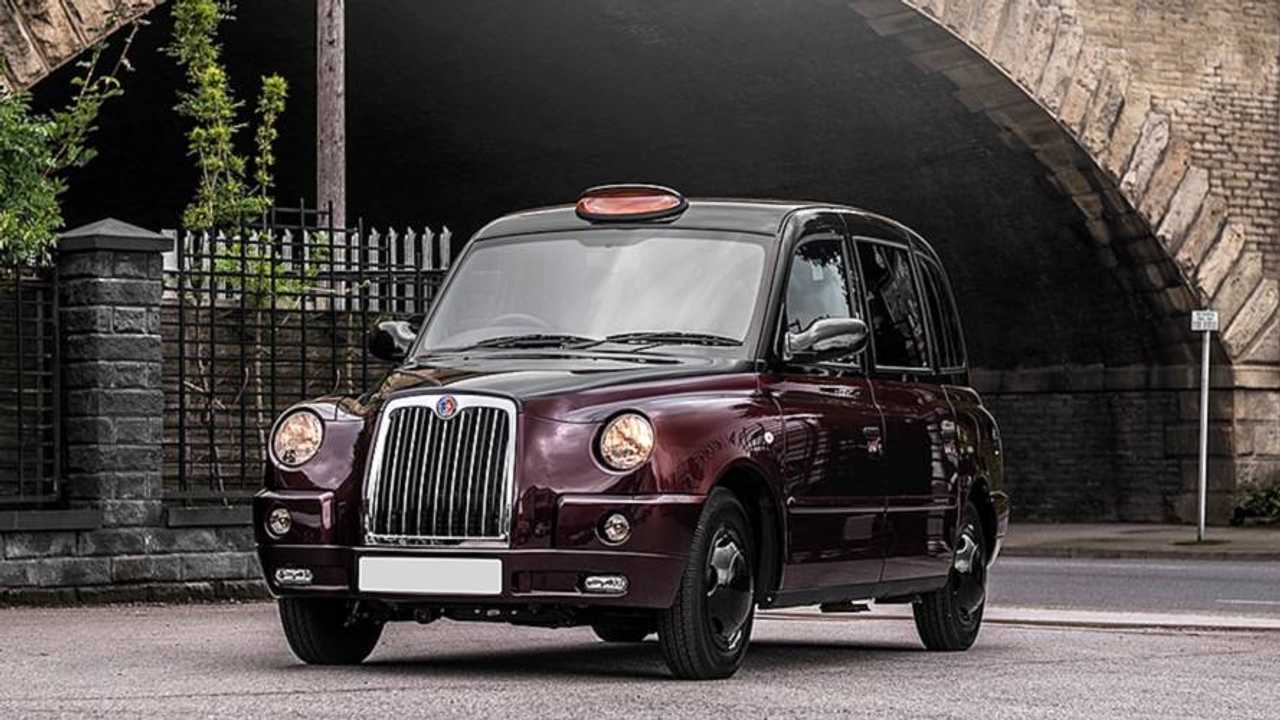 Plush cabs should really be a thing these days.

In a world where taxis are regarded as fleet vehicles that don’t offer too much luxury to its passengers, there is one cab that chooses to stand out among the rest – the Kahn London Taxi TX4. It’s such a plush ride, which makes choosing between driving your own car and riding a taxi a tough choice; if only this cab is available everywhere.

The London Taxi TX4 is designed by Afzal Kahn – the very person behind the WB12 Vengeance and Vengeance Volante, which are the tuned version of the DB9 and DB9 Volante, respectively. He’s also the person in charge of Chelsea Truck Company, which specializes in re-engineering Land Rover Defenders and Jeep Wranglers.

Now, with the mentioned cars on Kahn’s resume, what do you expect the London Taxi TX4 to have?

Other things that Kahn Designs is busy at:

Present inside is quilted and perforated Nappa leather that’s prominent throughout the cabin. The dashboard is dressed in piano black accents, while the leather continues on the steering wheel. As the London Taxi TX4 is one of only five "Last of Line Edition” vehicles commissioned by The London Taxi Company, you wouldn’t miss the host of “Last of Line” branding inside the car. Best part? The headliner is sprinkled with starlight – a plush feature more commonly seen in Rolls-Royce and the most recent Raptor S.

Other things derived from Rolls-Royce are found on the outside, such as the five color options, contrasting wheels, and the slotted grille. To power the taxi service, a VM Motori 2.5-liter diesel engine is found under the hood.

“While it is sad to see a beautiful, iconic vehicle reach the end of its life, it is a great honor to re-design and celebrate what is truly one of the most famous cars in the world,” said Afzal Kahn.

With this cab so plush and expertly made, the idea of buying one and bringing over to other countries is tempting. However, three models of the London Taxi TX4 have already been sold, and the remaining two will be handpicked by Kahn himself, so don’t get your hopes too high on that one.

Designed by the renowned British automotive designer, Afzal Kahn, the London Taxi TX4 Edition is one of only five ‘Last of Line Edition’ vehicles commissioned by The London Taxi Company.
Manufactured as part of the final production shift, twenty years since the re-imagined TX1 model first took to the streets; this TX4 ‘Last of Line’ edition represents an enduring piece of British history.
The iconic silhouette of the vehicle is available in a choice off 5 Rolls Royce colours, whilst colour coded contrast wheels, VIP LED roof interior star lighting and a slotted front grille showcases our customary exceptional standards of craftsmanship.
Privacy glass keeps the interior hidden, but step inside and you will find distinctly un-taxi-like Quilted and perforated Nappa Leather front and rear Seats.
A re-upholstered piano black instrument surround, colour coded seat belts, last of line door sills, leather trimmed steering wheel and last of the line branding are just some of the additions to what is an endearing and nonchalant interior.
In addition, a VM Motori 2499cc four cylinder diesel engine, complete with a power upgrade, ensures this particular model is more than just a show car.
Kahn’s impressive CV makes him perfect for the job of creating this limited-run of specially-designed, ultra-luxury LTC diesel TX4 cabs. For almost two decades, Kahn has been creating and pioneering automotive designs for clients around the globe, including coach-built vehicles such as the handcrafted Vengeance and the six-wheel Flying Huntsman 6×6.
Afzal has also been featured by international media including television programs such as National Geographic’s ‘Supercar Megabuild’, and BBC’s ‘The One Show’. Car Dealer Magazine also awarded Kahn the Lifetime Achievement award for his work in the automotive industry.
In addition, his YouTube channel, The Kahn Office, is going from strength to strength, with automotive enthusiasts and Kahn customers praising his on screen character, Mr. Kahn, for his approach to his work and his dry sense of humour, thus ensuring viewers get to decide for themselves if they believe the character itself is fictional or an authentic representation.
The principal British designer believes the Iconic London Taxi TX4 Last Of Line Edition makes a sophisticated declaration by combining traditional techniques, British materials and expert craftsmanship.
“While it is sad to see a beautiful, iconic vehicle reach the end of its life, it is a great honour to re-design and celebrate what is truly one of the most famous cars in the world,” said Mr. Kahn.
“I look forward to embarking on a journey with a select few clients who wish to own their own piece of British history.”
Commenting on the unveiling of the vehicle, a LTC spokesperson said: “There was only one person for the job, Afzal Kahn is famous for his original designs and willingness to push the boundaries and we admire his ability to capture the essence of a vehicles’ character.
“We believe he is the best designer to give this iconic vehicle the send off it deserves.”
Each vehicle will be truly unique and will have a badge of authenticity, certificate of authenticity and a plaque bearing the names of those who were involved in the build process.
Please be advised, three models have already been sold, therefore the owners of the remaining models will be hand-picked by Mr. Kahn, thus ensuring the Last of Line edition is expected to become a hugely desirable - and valuable - collector’s item.
Specification
Kahn Design Specification;
Link