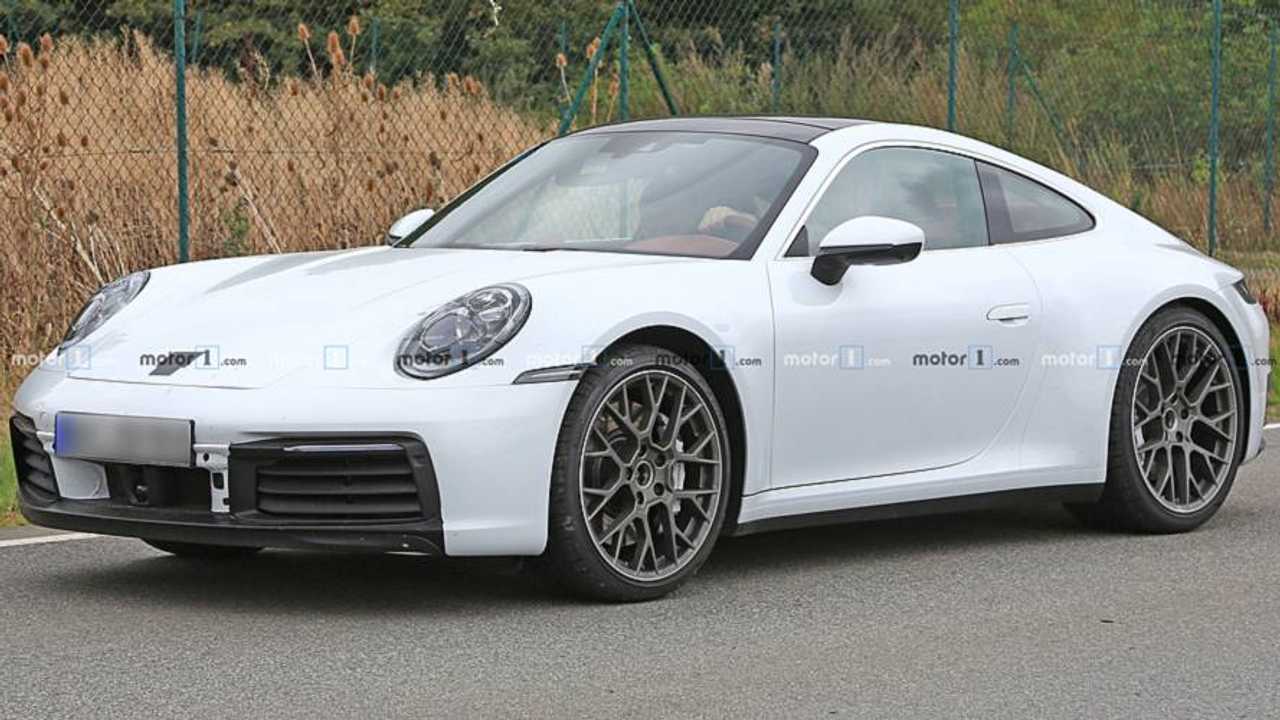 Porsche barely bothers trying to hide the new 911 at this point.

After recently seeing a pair of nearly undisguised next-gen Porsche 911s in red and blue (see below), a new batch of pictures adds a white example to the group. Once again, this one has decals over the headlights and a few strategically placed pieces of tape, but otherwise, this is what the new coupe looks like.

As we see more photos, it appears that the new 911 has active shutters in its front fascia. In some photos, the strakes appear mostly closed, but they tilt open in other shots. The design would conceivably allow for better efficiency by cleaning up the airflow at certain speeds.

Porsche continues to tape off sections of the taillights, which seems unnecessary because so much of them are exposed. It's clear that the LED illumination spans the entire rear end. In addition, the center high-mounted light still looks like a placeholder part to our eyes. Further down, this car has the single exhaust on each side of the license plate that likely denotes the base Carrera trim. In the earlier spy shots, the red 911 had a pair of outlets emerging from each corner.

While not visible in these shots, earlier photos reveal that the cabin features an analog tachometer and digital instruments on either side of it. A big infotainment display is next to the cluster. Chunky switches dominate the center stack.

Porsche is still keeping the next-gen 911's powertrain a secret. We know there's a turbocharged flat-six engine, though, and expect the output to be higher than the current model. In time, we know that the company has Turbo and GT3 variants on the way, in addition to the convertible body.