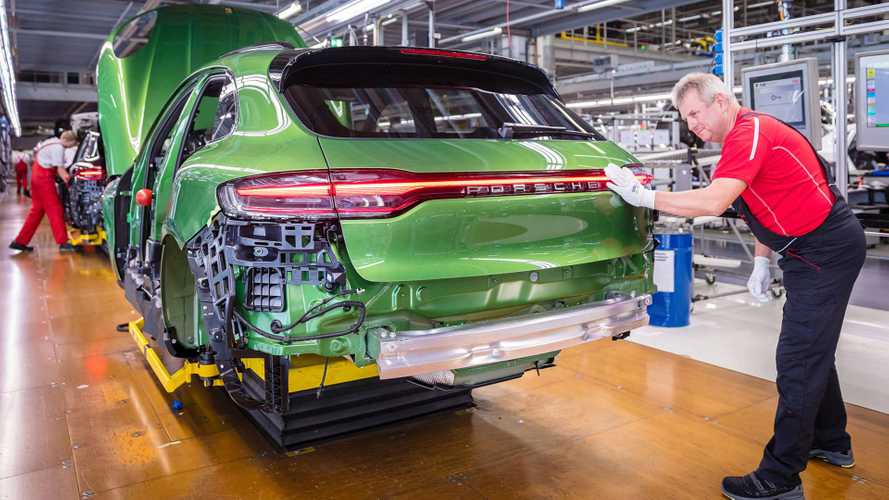 To reward China for becoming its biggest market, Porsche is first delivering facelifted Macans to customers from the People's Republic.

A veritable cash cow for Porsche, the Macan has far exceeded the company’s expectations to become the best-selling model in a relatively short amount of time. More than 350,000 units have been shipped since the model’s launch in 2014, and the peeps from Stuttgart are hoping to keep sales at a high level with the launch of a mid-cycle refresh. After being unveiled about a month ago in Shanghai, the 2019 Macan has hit the assembly line at the factory in Leipzig, Germany.

Porsche mentions it wants to ramp up production sooner than it has ever done so before for any of its models to better cater the strong market demand. The goal is to boost daily production to 420 units by early September when it’s expected to match the output of the pre-facelift Macan. You’d expect a model built in Germany by a German company to be first delivered locally, but that’s not the case with the Macan. For the first time ever, a Porsche product is being shipped first outside of Deutschland, namely in China.

Why? It’s simple. The People’s Republic has blossomed to become Porsche’s largest market and it’s the country where more than 100,000 Macans have been shipped already. That’s why this Mamba Green Metallic example is heading to a Chinese customer.

While the idea of a Porsche SUV may still upset purists some 16 years since the launch of the original Cayenne, the truth of the matter is, these high-riding models are blockbusters. As with every other company out there, Porsche wants to make money and the Macan and Cayenne are two highly profitable models. A coupe-ified Cayenne is on its way, and we don’t see a reason why it should not be a success as well considering the BMW X6 is doing just fine.

Making some serious money with these SUVs allows Porsche to expand its portfolio by launching its first-ever electric car. Due to hit the market before the end of the decade, the Taycan sedan will be followed in a couple of years by a more rugged wagon derivative previewed by the Mission E Cross Turismo.