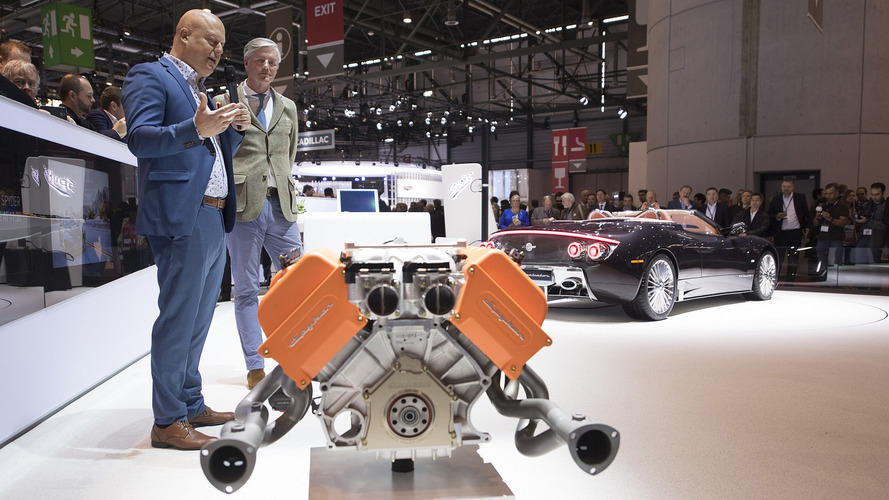 A match made in heaven that never actually happened.

During the last year’s Geneva Motor Show in March 2017, Spyker raised from the ashes to reveal the new C8 Preliator Spyder. It was a striking open-top supercar with a 5.0-liter naturally-aspirated V8 sourced from Koenigsegg delivering 600 horsepower (447 kilowatts) and 443 pound-feet (600 Newton meters of torque). The engine, tuned specifically to “meet Spyker’s needs,” was mated to a six-speed manual gearbox.

The car's official debut in Geneva

It all seemed like a match made in heaven, but, unfortunately, nothing of that has actually happened in the last 12 to 15 months. As it turns out, not a single Koenigsegg V8 has been delivered to the Dutch automaker and the reason for that appears to be Spyker’s failure to meet the conditions of the contract.

"We have not built any engines for Spyker," Koenigsegg spokesman, Steve Wade, told Autovisie. "Spyker has not met the conditions, so we have not started building engines for them, we wish Spyker a good future and hope that they will once again be able to deliver their fascinating cars."

We don’t know what the future holds for Spyker, but there’s a slight note of positivism in Wade’s words. Most likely, if the two supercar makers agree on a new contract or Spyker meets the conditions of the current one, Swedish V8s could start making their way to the Dutch manufacturer.

In Geneva last year, Victor R. Muller, Spyker’s Founder and CEO, commented that the adoption of Koenigsegg engines is the company’s “single most important advancement in technology since I founded Spyker in 2000.” The V8 motor should have provided the 3,065-pound (1,390-kilogram) Spyder a sprint time from a standstill to 62 miles per hour (0-100 kilometers per hour) in just 3.6 seconds and a top speed of 201 mph (322 kph). Fingers crossed it won’t remain just a show car.