VW Tanoak Could Be Cheaper Than Honda Ridgeline 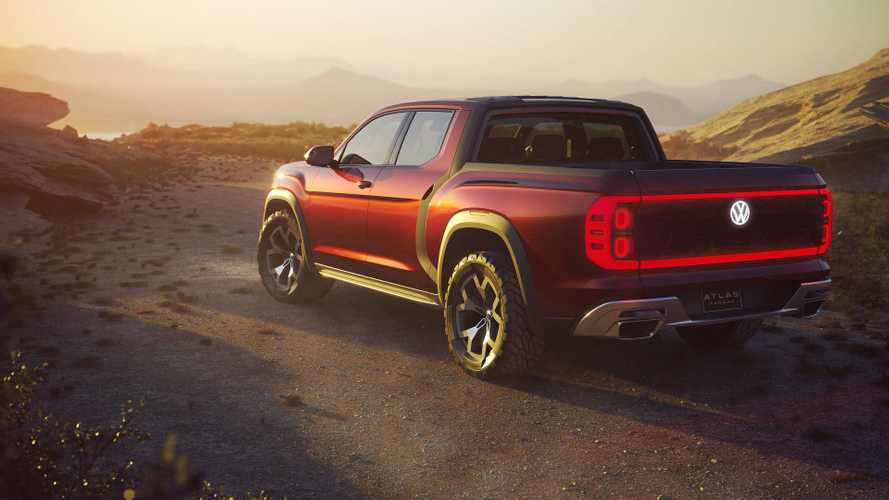 ... if it ever receives the production green light.

Volkswagen’s Atlas Tanoak concept from this year’s New York Auto Show teased us with a potential production pickup from the German manufacturer. However, at this point, there’s no official production green light for the ute, but Volkswagen believes it “fits the brand well, because we want to get more American in the U.S., but it’s something we have to look at carefully.”

As the company explains, “it’s a very patriotic segment, which American manufacturers dominate,” so the Germans need to find alternative ways to penetrate it. Maybe give its model a more affordable price? If we are to believe Volkswagen’s team that was recently at the Monterey Car Week, yes – if there’s a production Tanoak model, it will be positioned below the Honda Ridgeline in attempt to attract new-to-the-brand customers.

Fingers crossed it will reach production

VW Tanoak Pickup Truck "Carefully" Being Considered For The U.S.

Automobile Magazine had the chance to drive a prototype of the Atlas Tanoak on the California coast and, while capped at 18-miles per hour (29-kilometer per hour) speed limit, the ride gave them information of what we can expect from a potential production variant. Most importantly, thanks to the clever modular MQB platform, driving the pickup was “easy enough to thread through the turns.”

During the New York Auto Show, Volkswagen has received a very positive response from media and visitors. This led them to begin considering a production version, which could become the first pickup from VW in the United States since the Rabbit-based model sold more than twenty years ago. Before a final decision is taken, the automaker needs to research the market better to find out whether there’s a room for a niche pickup offering from Germany.

The Atlas Tanoak is actually based on the production Atlas SUV and uses its 3.6-liter V6 engine with 276 horsepower (206 kilowatts) and 266 pound-feet (360 Newton-meters) of torque. An eight-speed automatic transmission is sending power to the 4Motion all-wheel-drive system.