Aretha Franklin's 1940 LaSalle Herase Is Befitting For The Queen 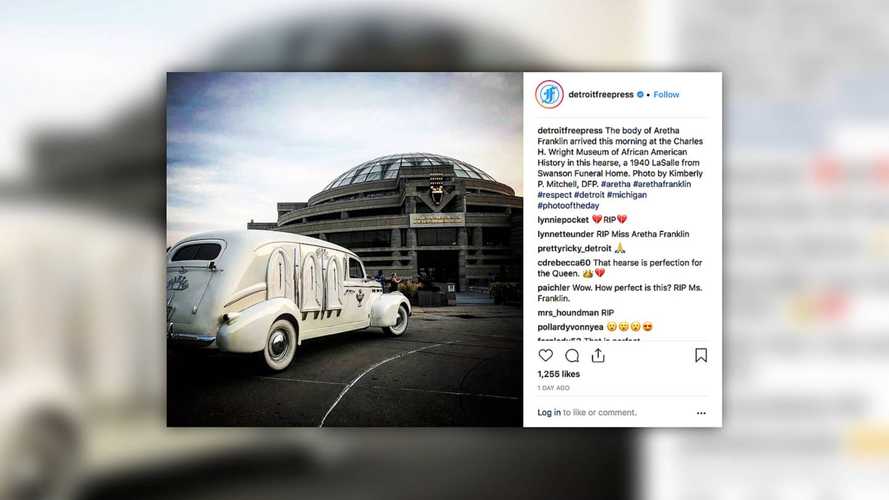 The Queen of Soul arrives in style one last time.

Yesterday, the body of Aretha Franklin, the Queen of Soul, arrived at the Charles H. Wright Museum of African American History in Midtown Detroit for public viewing. She came in a white 1940 LaSalle hearse – the most befitting final ride for the beloved Detroit singer.

Other hearses that have nothing on the LaSalle

“It was a very cool car and absolutely speaks of Detroit,” Jonathan Klinger, spokesman for Hagerty Classic Insurance, told Detroit Free Press. “The LaSalle from that era had a perfect combination of sportiness and luxury. It’s just very fitting that a classic icon of Detroit, Aretha, was driven by a classic automotive icon of Detroit.”

The 1940 LaSalle, created to bridge the gap between its high-end luxury marquee Cadillac and entry-level luxury stalwart Buick, is modified to operate as a hearse. It features a three-speed gearbox with the shifter on the steering column. GM built LaSalle vehicle from 1927 until 1940 with longtime GM design chief Harley Earl designing the models.

A car this old does have a history. Detroit’s Swanson Funeral Home owns the two-door LaSalle, buying it the year the funeral home began. The vehicle was used to carry the bodies of the Rev. C.L. Franklin,  Aretha’s father, in 1984; David Ruffin of the Temptations, in 1991; and civil rights icon Rosa Parks, in 2005. When it’s not in use, Swanson Funeral Home stores the vehicle in a garage and only uses it for special occasions.

Aretha is closely tied to Detroit, moving there at an early age with her family before returning to Motown and The Motor City for good in the 1980s. She died from advanced pancreatic cancer Aug. 16 at the age of 76.

Public viewing moves Thursday from the Charles H. Wright Museum of African American History to New Bethel Baptist Church from noon to 4 p.m. There will be “A People’s Tribute to the Queen” concert in Chene Park Amphitheatre at 6 p.m. Friday, Aug. 31.