It appears to be an M Sport version.

The second-generation X1 still feels quite fresh to us, but with life cycles getting shorter and shorter as a result of increasing competition across most segments, it’s no wonder BMW is already preparing an update. As it has been the case with recent LCIs from Bavaria, we are not expecting any major styling changes, and this partially camouflaged prototype shows the front-wheel-drive-based crossover will only get a nip and tuck.

Judging by the big air intakes, large alloy wheels, and the dual exhaust tips, it appears we are looking at an M Sport version. As a matter of fact, the hidden badge on the front fender is likely the familiar M logo, while the logos at the back underneath the black tape indicate we’re dealing with a near-production prototype with most of the final bits and pieces in place.

Have you seen our other sets of spy shots? 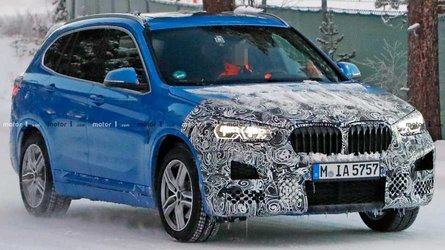 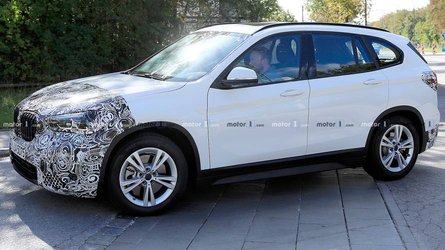 The swirly camo is where you’d expect it to be – on the headlights and taillights as well as on both bumpers. Interestingly, the separate round clusters of the fog lights are not at all visible in the front bumper, so either these have been incorporated into the main cluster or BMW is playing tricks on us with the camouflage. We are inclined to believe these now neatly reside in the headlight considering the new X5 has already adopted the cleaner look.

Our spies were able to check out the BMW X1’s undisguised interior, but don’t get too excited just yet. The cabin will be largely carried over from the current pre-facelift version, although we’re noticing the infotainment screen is a tad bigger and the instrument cluster has the black panel. The latter is already available on the current model, though.

Power will be provided by a familiar assortment of three- and four-cylinder gasoline and diesel engines likely very similar to what’s available today. BMW recently said a front-wheel-drive fully fledged M car represents the “biggest challenge,” so don’t hold your breath for an X1 M. The silver lining is that an M Performance version might be on the horizon considering the X2 is about to spawn a hotter derivative likely called “M35i” with approximately 300 horsepower.