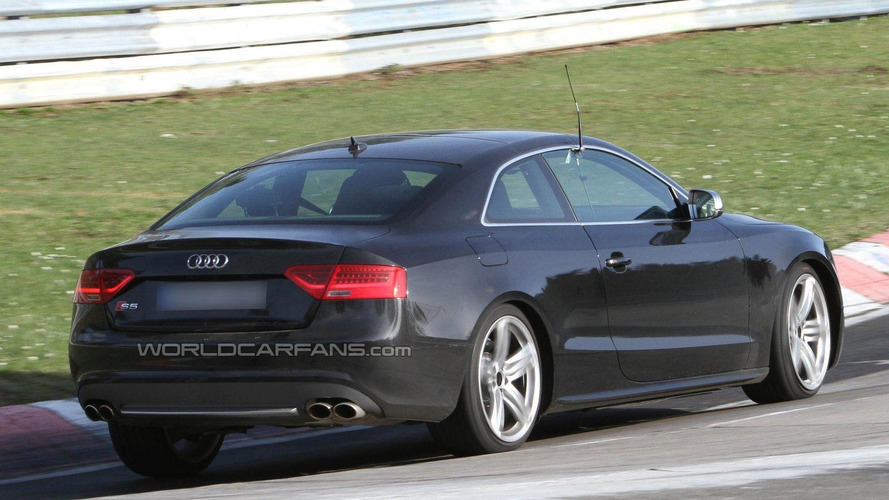 Spy photos of an undisguised 2012 Audi S5 show a new rear taillight design which will also make it to the A5 Sportback facelift.

Here are a set of spy shots of the upcoming facelifted 2012 Audi S5.

These are the first shots that show the new S5 undisguised and with those new taillights that the facelifted model will be sporting. Those taillamps also include new LED strips similar to the new A7 Sportback's rear look.

We also have a shot of the new S5 with its brake lights on.

The same upgrades will be expected on the new editions of the Audi A5 Cabrio and the A5 Sportback.