Lamborghini’s man in charge of R&D, Maurizio Reggiani, announced back in September 2017 at the Frankfurt Motor Show plans for a limited-run model ushering in new tech for the company. He refused to go into details, but now company boss is willing to shed some light on the special raging bull. In an interview with Autocar, Stefano Domenicali admitted a new ultra-exclusive model is being considered with “extreme aero.”

Lamborghini’s head honcho describes the mysterious machine as being “in the same vein of Centenario and Veneno.” Reading between the lines, one can assume the yet unnamed car will be based on the V12-powered Aventador rather than on the smaller Huracan and its V10 engine.

Have you seen Lamborghini's latest gem? 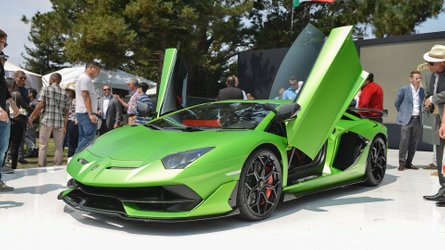 As a side note, let’s keep in mind that Sant’Agata Bolognese did develop a hardcore version of its entry-level model by building 20 examples of the track-only Sesto Elemento. That was loosely based on the Huracan’s predecessor, the Gallardo, but bathed in carbon fiber to weigh just 999 kilograms (2,202 pounds).

The new machine will go after the likes of the Aston Martin Valkyrie and McLaren Senna by featuring an extremely aerodynamic body and quite possibly a seven-figure price tag to reflect its exclusivity granted by the limited production run.

The bad news? It’s not coming anytime soon. Even if green-lighted, the model is not going to be launched in the foreseeable future as Lamborghini has bigger fish to fry right now. Domenicali said the company’s trio of production cars (Huracan, Aventador, Urus) represents the main priority.

Just last month, the Sant’Agata Bolognese squad celebrated making the 11,000th Huracan and the 8,000th Aventador, and it’s safe to assume the Urus SUV is selling like hotcakes. Add into the mix the new Aventador Superveloce Jota and its very possible Roadster counterpart, it means Lamborghini has a lot on its plate.