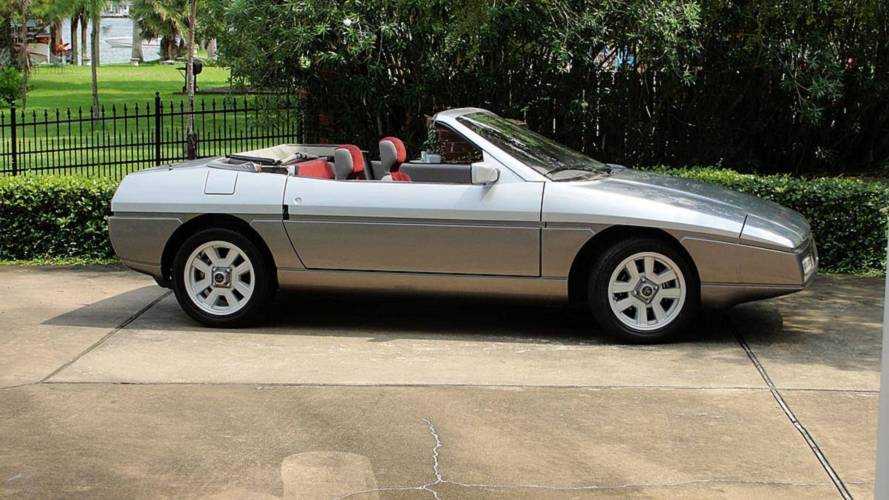 A Toyota-powered piece of history yours for just $66,000.

Ever wanted to own a prototype? Of an exotic automaker? A street-legal one? If yes, today’s your lucky day. What we’ve got here is a one-of-one Lotus X100 prototype listed for sale at a very reasonable price, but more on that later.

According to Hemmings, “the world’s largest collector car marketplace” and the seller of the vehicle, this Lotus may be the only prototype from the automaker ever escaping into the wild. It’s fully restored and is a complete running, driving, and fully documented car with just 1,250 indicated miles (2,011 kilometers) on the odometer.

And there’s one more very special thing about this car. It was the last project designed by Lotus founder, Colin Chapman. Unfortunately, his death in 1982 put the company in a financially unstable situation and the project was canceled. Shortly after, a controlling interest in the company was acquired by David Wickens of British Car Auctions, who resurrected the vehicle as a convertible giving it a green light in 1984. Then, a single road-legal prototype was built, featuring functional lights, wipers, brakes, suspension, and everything required by the law.

Power comes from a 1.6-liter Toyota-sourced engine with 123 horsepower (92 kilowatts), as used in the 1984 Corolla GT, mated to a five-speed manual transmission from the same manufacturer. The vehicle has a curb weight of only 1,973 pounds (895 kilograms).

The seller explains everything is in show-ready condition and the only bad points are a small scratch inside the driver's door jam, small tears and stains on the convertible top, and a small stain on the carpet in the driver's footwell. The description mentions the X100 prototype drives and handles most similarly to an Elan Sprint, but, because it is a bit larger, it also shows some manners from the Esprit.

As for the price, the seller is asking $66,000 for this rare piece of history, but the sum is negotiable. Good luck!