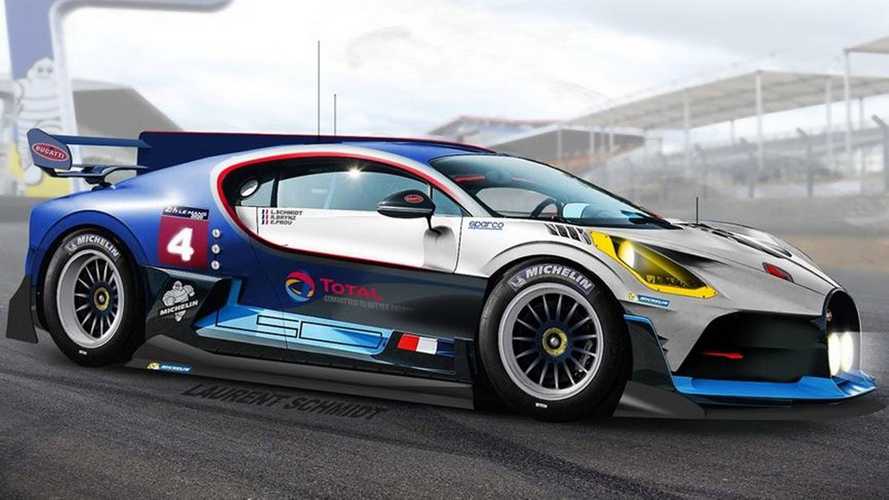 One can only hope.

Well, that didn’t take too long. It was only on Friday when Bugatti took the wraps off its Divo and already someone with Photoshop skills and free time on his hands decided to mess around with an image of the W16 monster. His idea was to turn Molsheim’s latest automotive masterpiece into a race car eligible to enter the Hypercar Class scheduled to be implemented by FIA for the Le Mans endurance race in 2020.

With the Divo being more track-focused than the Chiron upon which it’s based, we can perfectly understand why the machine named after French racing driver Albert Divo was the one to go under the Photoshop knife. Needless to say, this is merely a design exercise as it’s unclear at this point which automakers are interested in entering the newly founded Hypercar Class.

See everything there is to see about the Divo

It is believed a total of 15 manufacturers and suppliers have been contacted to help with establishing the regulations, which so far stipulate the cars will have to boast four-wheel drive and a kinetic energy recovery system (KERS) linked to the front wheels. We also know there aren’t any restrictions in terms of engines, so in an ideal scenario, an 8.0-liter quad-turbo mill could grace the tarmac at Circuit de la Sarthe.

While participants will be given the freedom to pick whichever engines they’ll want, they will have to take into account fuel consumption as FIA wants to “ensure fair competition between different systems.” With a lap time target of 3 minutes and 20 seconds, hypercars will be nearly as quick as LMP1-spec race cars.

Bugatti has a long tradition as far as racing at Le Mans, going back to 1911 when the Type 13 was entered in the French Grand Prix (different circuit than the 24-hour one) and finished in second place with company mechanic Ernest Friderich behind the wheel. The last time a Bugatti raced at Le Mans was in 1994 when the EB110 first had a fuel leak and then turbo issues (all four turbochargers were replaced, one of them twice). It eventually retired from the race because of a tire failure causing the car to crash into the barriers on the Mulsanne straight towards the end of the race.

In 1996, a Bugatti EB110 SS signed up for Le Mans, but it only took part in pre-qualifying and was later crashed during testing, before the actual race.

Find out why the Divo is truly special