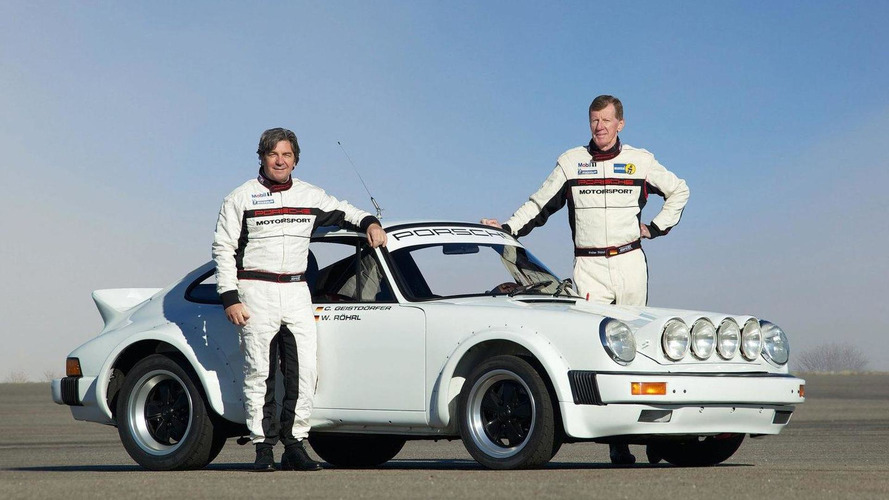 Targa Tasmania runs over 2,000 km and racing legend Walter Röhrl will race in the challenge in his classic 911 SC which he raced in an historic run at the 1981 San Remo Rally with co-driver Christian Geistdörfer.

Racing legend Walter Röhrl has reunited with his co-driver Christian Geistdörfer and the 911 SC they raced together in the 1981 San Remo Rally for the 2011 Targa Tasmania challenge which runs April 5 to the 10th.

The Targa Tasmania is a long-distance rally on the island of Tasmania that covers over 2,000 km (1243 mi) of rough roads.

Röhrl and Geistdörfer were one of the world's top rally driver/co-driver teams, winning both the 1980 and 1982 World Rally Championship titles.

They raced the 911 SC in the 1981 San Remo Rally without much preparation and at a disadvantage to their competitors who had more power and all-wheel drive and ran one of the most brilliant races of all time. They didn't win due to a mechanical breakdown but the feat is still considered legendary to this day.

Winner of the 1981 San Remo Rally was Michele Mouton / Fabrizia Pons in the Audi Quattro A2.  Ironically, Röhrl would go on to race with Audi in 1984.

Gallery: Walter Röhrl in his classic 911 back for the 2011 Targa Tasmania