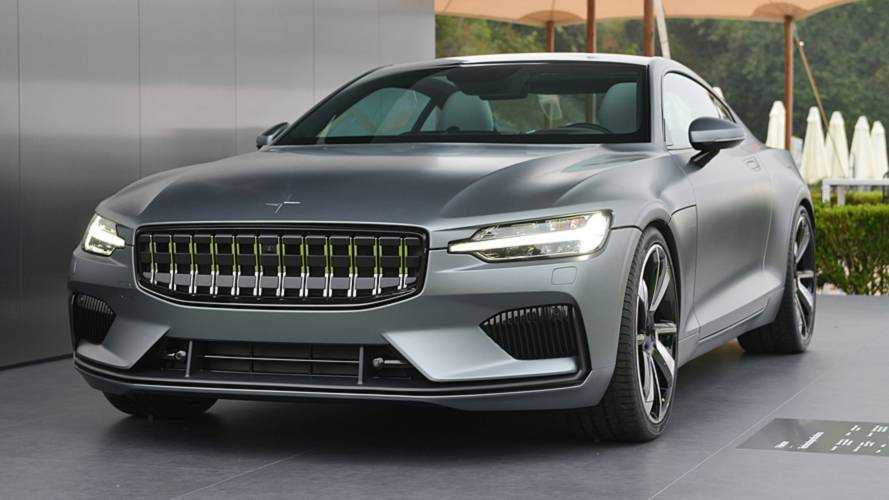 The United States is the coupe's biggest market so far.

The Polestar 1 is on a world tour as after receiving its European debut earlier this year at the Geneva Motor Show, the stunning coupe is now in Pebble Beach for its North American premiere. It’s an important event for the company considering United States is at the moment the car’s biggest market. Nearly 200 customers from the U.S. have signed on the dotted line to place a deposit for the plug-in hybrid performance car – the highest number of any country.

Initially supposed to be a Volvo S90 Coupe, the Polestar 1 is scheduled to enter production mid-2019 at a new factory located in Chengdu, China. It’s called the Polestar Production Center and will assemble a total of 500 units per year, but output will gradually grow in the years to come. It’s set to be one of the most efficient car assembly plants in the world and will be the home of additional models, including the already confirmed Tesla Model 3-rivaling Polestar 2 and a Model X-rivaling Polestar 3. Eventually, a Polestar 4 convertible could be added to the lineup.

Meanwhile, the Polestar 1 is set to have the highest electric range of any hybrid car out there by managing to cover as much as 150 kilometers (93 miles) solely on electric juice. At the heart of the coupe is a four-cylinder 2.0-liter gasoline engine both turbocharged and supercharged. It works with a pair of electric motors to develop a combined output of 600 horsepower and an immense 1,000 Newton-meters (737 pound-feet) of torque.

By using carbon fiber reinforced polymer (CFRP) where you’d normally find conventional steel on a regular car, the engineers have been able to shave off more than 500 pounds (227 kilograms) to boost efficiency and performance.

The lovely styling and promising specs do come at a cost: $155,000 in the United States and €155,000 in Europe. Alternatively, those eager to get their hands behind the wheel of the 2+2 coupe will be able to do so by accessing a subscription program akin to Care by Volvo packages tailored to the XC40. It will bundle the car payment, insurance costs, and maintenance into one lump sum.

The Polestar 1 World Tour continues with the brand’s debut in North America in Monterey, California, from 23-26 August. During Monterey Car Week, the Polestar 1 will be on display throughout the Monterey Bay area, including at the famous Pebble Beach Concours d’Elegance.

“It’s great to bring Polestar to America,” says Thomas Ingenlath, Chief Executive Officer at Polestar. “North America is a major market for our new brand and we have received great feedback and high interest in the Polestar 1 from our American customers. So far, nearly 200 customers have placed deposits in the United States alone – the largest number of any country. Now it’s their turn to see the car in person and in a beautiful environment.”

In addition its the presence at the Polestar pavilion on Peter Hay Hill at Pebble Beach, the Polestar 1 will also make an appearance at The Quail, A Motorsports Gathering on Friday 24 August. This event sees some of the world’s rarest cars shown on the rolling greens of the Quail Lodge & Golf Club in Carmel Valley.

On Sunday 26 August, the Polestar 1 will be positioned amongst some of the newest automotive exotica on the Concept Lawn at the Pebble Beach Concours d’Elegance. The Concept Lawn is a fitting environment for the Polestar 1 – a car whose concept car design disguises its production-ready status.

Adding to the ceremonious nature of the event, Polestar CEO and awarded designer Thomas Ingenlath has been selected as an honorary judge in the world-famous Pebble Beach Concours d’Elegance.

“The invitation to be an honorary judge at the Concours d’Elegance is a great honour for me. As a car designer you take so much inspiration by looking at the diverse mix of the world’s most famous and beautiful historic cars alongside today’s avant-garde designs. It will be a truly unique experience.”