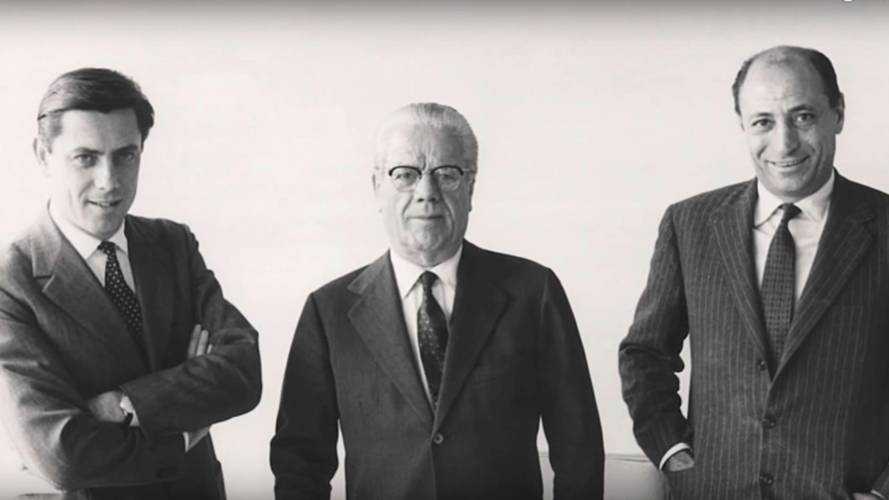 And as they say, the rest is history.

Automobili Pininfarina may be new, but it has a history that dates back almost a hundred years ago even before the company has been established. And, just like other companies that started out as brands to rival the mainstays, the Italian design mogul has its own story to boot, and it involved an American brand.

At the Pininfarina PF0’s debut at the Pebble Beach Concours d’Elegance, Chairman Paolo Pininfarina revealed something about the company’s roots. Pininfarina’s founder, Battista “Pinin” Farina had lunch with Henry Ford back in the 1920s, and by the end of the tour, Ford offered Farina to become the Blue Oval’s chief designer. Farina refused the offer, citing that he had other things in mind.

Other cars unveiled at the Pebble Beach:

With that, Farina established its own company, which started out as a bodybuilder for brands like Lancia, Alfa Romeo, Isotta Fraschini, Hispano-Suiza, Fiat, Cadillac, and Rolls-Royce. This, along with Farina’s closeness to Lancia, sparked the revolution of frameless bodybuilding called unibody construction.

The rest, as we know it, is history. The design house has made outstanding designs that have become footholds in the automotive timeline. Among the most notable works of Pininfarina are the Ferrari supercars, with only two models that aren’t made by the Italian stylist – the 1973 Dino 308 GT4 and LaFerrari.

Pininfarina’s latest move was to establish Automobili Pininfarina as a full-fledged car brand. Its debut model, the PF0, has been teased several times and we can’t say we’re not excited about it. The PF0 is a “fully-electric, ultra-luxury cars at the pinnacle of design and desirability in their respective segments.” It features a full carbon body, crowned with a single dynamic strip of light to replace the traditional headlights.

With Pininfarina’s well-decorated resume and the compelling design of the PF0, it makes us wonder, what would Ford vehicles look like had it been that the founder accepted Henry Ford’s offer back then?

(Monterey, 21 August 2018) Company Chairman Paolo Pininfarina underlined the importance of the Pininfarina SpA-designed PF0 hypercar making its global premiere in North America this week, revealing in a new short film details of his grandfather’s first visit to Detroit almost 100 years ago. The film may be viewed or shared from Automobili Pininfarina’s new YouTube channel: https://youtu.be/ZFQ0BkOUKo0

Pininfarina said: “Our American dream was established in the 1920s even before the company was formed. My grandfather, Battista, visited Ford and at the end of his tour had lunch with Henry Ford who asked him to become their chief stylist. But he had other ideas and the rest is automotive history.”

Michael Perschke, CEO Automobili Pininfarina said: “We are looking forward to presenting the PF0 design model created by Pininfarina SpA to clients and specialist retailers over the coming days. But our time at the Pebble Beach Concours d’Elegance and in the Monterey auction houses will also be a highlight. We will celebrate Pininfarina’s unique place in automotive history and undoubtedly pick up further inspiration for our future range of cars from these Italian masterpieces.”

The Pebble Beach Concours d’Elegance and the Monterey Car Week events are a traditional high-point in the automotive calendar for owners and investors in Pininfarina-styled landmark cars. 2016’s Pebble Beach ‘Best in Show’ was the stunning 1936 Lancia Asturia Pinin Farina Cabriolet. In 2017, the 1955 Ferrari 375 Plus Pinin Farina Cabriolet Speciale was announced as the ‘Most Elegant Sports Car’ at the Concours.

Automobili Pininfarina PF0 at Monterey Car Week
Automobili Pininfarina was announced in April, in Rome, as the world’s newest car brand, with an ambition to sustainably develop and produce fully-electric, ultra-luxury cars at the pinnacle of design and desirability in their respective segments. In July, in New York, Automobili Pininfarina presented initial design concepts for the company’s first car codenamed PF0, and confirmed that it will be designed and hand-crafted by legendary Italian automotive styling house Pininfarina SpA.

The Monterey Car Week now takes centre stage for Automobili Pininfarina. The first ever private viewings of PF0 will take place in Pebble Beach between August 23rd and 26th to luxury and classic car buyers showing significant interest in the car and brand. A full-scale design intent model will reveal full details of how Luca Borgogno and the Pininfarina SpA team under Group Design Director Carlo Bonzanigo have envisioned the PF0’s combination of design and technology. In addition, further interior design details and views from the cockpit will be presented to highlight the craftmanship inside the car, and the classic Pininfarina focus on both driver and passenger experience.

Borgogno has devised a simple design brief for Pininfarina SpA to create the most beautiful, all-electric hypercar in the world. The PF0 design is being developed by the Pininfarina SpA Design Studio under the management of Pininfarina Group Design Director, Carlo Bonzanigo and no more than 150 PF0s will then be hand-crafted in Cambiano, Italy by the Pininfarina SpA Atelier from 2020. Together they will deliver a hypercar with unmatched standards of performance, beauty and elegance, combining form and function in perfect harmony, and with innovative technology and packaging.

Having worked together for many years, Borgogno and Bonzanigo will channel almost 90 years of Pininfarina’s unparalleled design expertise into the styling and creation of all Automobili Pininfarina’s cars. The final PF0 design will be passed to the Pininfarina SpA Atelier team in Cambiano, Italy. This group of experienced automotive artisans will hand-build the cars to exacting standards and deliver the first PF0 in 2020, confirming to the world the arrival of Automobili Pininfarina.

“We are defining a car that is not overdesigned; we want something that is super clean and looks impossibly simple. Whenever you look back at classic Pininfarina cars, these qualities stand out,” Borgogno said.

Two unique elements combined will set Automobili Pininfarina cars apart from other luxury cars. Firstly, the car’s design provenance: Pininfarina SpA has styled many of the world’s most iconic cars, a number of which have been celebrated at the famous Pebble Beach Concours d’Elegance.

Secondly, fundamental to all Pininfarina-designed cars is an absolute desire to deliver innovation in engineering, technology and performance wrapped in a beautiful skin. As a result, the PF0 will incorporate extreme levels of technology and functional design: a carbon-fibre exterior and chassis supporting staggering performance for a road car, accelerating from standstill to 100 km/h in less than two seconds, breaking the 300 km/h top speed barrier, and providing a potential zero emissions range of up to 500 kms.

Automobili Pininfarina PF0 Design in Detail
Recently released sketch images of the PF0 have revealed a full carbon body that is curvaceous and sculptural, and encased in sweeping glass. A single dynamic strip of light cascades from the front of the car and takes the place of traditional headlights.

Inside the car, the cockpit must be equally as inspiring as the exterior design in both form and function. Pininfarina SpA is defining what Borgogno calls a ‘vanishing point’ concept for the main dashboard display which will be both unique and exciting, focusing the driver’s attention – a new definition of a driver-centric layout.

Core to this concept are two screens located either side of a compact steering wheel and angled towards the driver. Conventional dials have been eliminated and replaced with a head-up display (HUD) delivering all the vital information.

Automobili Pininfarina anticipates PF0 owners will be experienced at track driving in modern performance cars – and even racing cars - and therefore familiar with HUD. Nick Heidfeld, the brand’s Development Driver and brand ambassador will focus as much on how the occupants relate with the interior at speed as they do on action outside the cockpit. With his unprecedented level of Formula 1 and Formula E experience, a key role for Heidfeld will be ensuring the HUD and all necessary in-car controls fall easily to hand and are instantly accessible and understood in all driving conditions.

Luca Borgogno: “Pininfarina cars are renowned for their interior design as much as the exterior, and this isn’t simply limited to the layout of the dash and the quality of the materials. How an occupant feels in the car at all times, how he or she changes their point-of-view from inside to outside without distraction, and how they relate to information sources, is as important to us as Pininfarina SpA’s exterior design principles.”

Borgogno and Perschke are anticipating a landmark design for PF0 that is inspired by Pininfarina’s classic cars. And this expectation is also a goal for the technology and sustainability within the car. Surfaces and screens will provide the portals to infotainment and connectivity, supported by future-proof infotainment and software from innovative technology partners. Meanwhile materials will be ethically sourced, and consist of natural woods and paints without chemical ingredients.

‘We want owners and passengers to really live with this car and be proud of its provenance and what it says about them. So the design execution will deliver both a reassuringly luxurious, comfortable and entertaining interior, and a traditional ‘Pininfarina’ experience as a whole. Pininfarina SpA’s historic values of elegance and simplicity provide us with a great opportunity to stand out from the design of most current supercars and hypercars,” Borgogno concluded.