With no Z4 M on the horizon, this will be the range-topper in the roadster's lineup.

At long last, the Z4 is here. It was on January 18, 2016 when the first batch of spy shots was posted on Motor1.com and after that we had to wait for about a year and a half to see the concept at Pebble Beach. Fast forward to this week, the production-ready model has finally been unveiled by BMW at the same event in sunny California.

With embargoes coming to an end, there’s now a great deal of Z4-related content worth sharing. Case in point, Tim Burton a.k.a. “Shmee” had the privilege of being among the first to check out the stylish roadster and this video shows the production-ready model painted in a fetching Frozen Gray shade. The car seen here was sitting pretty during studio filming in Munich, Germany before the Z4’s big debut this week. 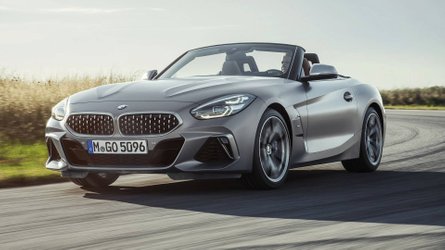 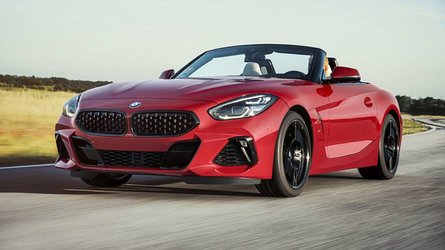 BMW’s third-gen roadster is being featured in the range-topping M40i flavor that’ll be available from day one. With the company effectively ruling out a fully-fledged M model, this version is expected to remain the top dog. Not that it comes as a big shock, but the road-going model is not quite as last year’s showcar, yet we believe it’s still quite a looker.

The Toyota Supra’s German cousin is equipped with a turbocharged inline-six 3.0-liter engine producing 335 horsepower (250 kilowatts). Bear in mind this output number has been confirmed only for the European model, with BMW to announce technical specification of the U.S.-spec car in September. While the Euro version will do 0-62 mph (0-100 kph) in 4.6 seconds, its North American counterpart will need less than 4.4 seconds (estimated) to hit 60 mph (96 kph) as per the two press releases published by the company.

Having seen the BMW Z4, we’re now patiently waiting for Toyota to finally bring the Supra back after years of teasing the coupe.