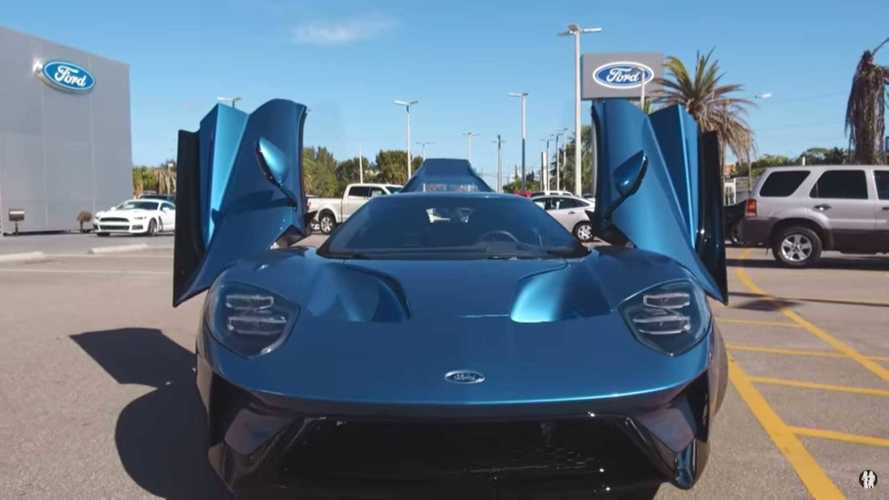 It'll roll across the auction block during Monterey Car Week.

Update: Sold for $1.4M at the Russo and Steele auction during Monterey Week.

John Cena’s Ford GT is notorious. Last year, it made news when Cena sold it before he was legally allowed to do so. Ford sued Cena and the dealership that sold the GT. Cena countersued, and the parties eventually settled with the money going to charity. Through all this, the GT’s new owner remained a mystery until now. Jalopnik reports the GT is up for sale again, this time heading to auction Saturday during Monterey Car Week through the Russo and Steele auction house.

The owner, a 78-year-old California farmer, bought Cena’s car; however, health problems – back pain – is keeping him from enjoying it. New Autos Inc. dealership president Bernie Knaus told Jalopnik the farmer didn’t want the car just sitting in his garage. He wanted it to go to someone who could drive it.

“He says, ‘Bernie, I don’t need to sell the car But it’s getting to the point where I can’t get in the car, and it’s too difficult to drive,’” Knaus told Jalopnik. “He has some back issues, [but] he got the dream of owning it.”

When the farmer bought the car, it came with just 30 miles on the odometer. When it rolls across the auction block this weekend, it will do so with 625 miles on the clock. That’s not a lot, but it does show the farmer drove it. According to Knaus, the farmer did apply for the GT, but Ford denied his application.

It’s great the farmer feels the next owners should drive the Ford GT. That’s something Ford was adamant about during the application process – finding owners who would drive it. Often, supercars with a limited production end up in climate-controlled garages with the owner waiting decades to sell the car at auction for an obscene profit, which the farmer could make.

The last GT that rolled across the auction block – a 2017 model – sold for $1.815 million. Mecum Auctions, which sold the car, is now being sued by Ford as well. Hopefully, this GT goes to someone who wants to drive it just as bad as its current owner.