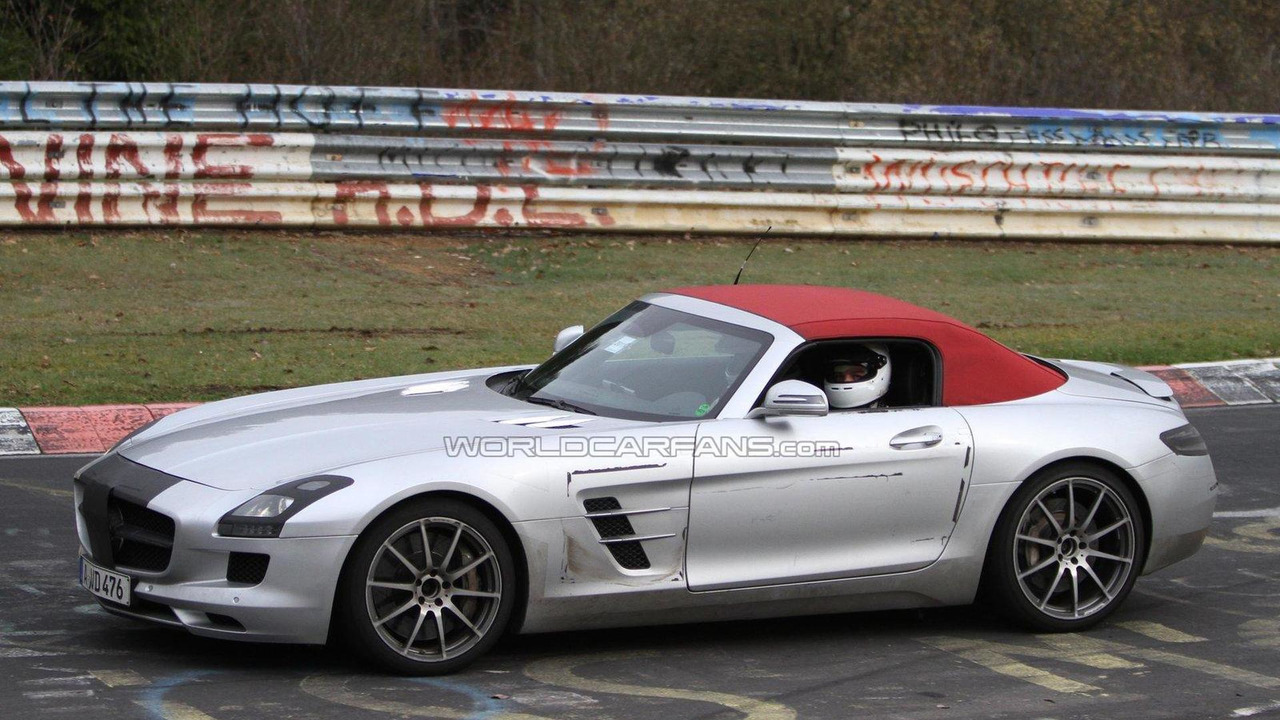 SLS Roadster undergoing final round of testing before making its debut later this year, likely at the Frankfurt motor show in September.

Here is a set of spy shots of the upcoming 2012 Mercedes-Benz SLS AMG Roadster caught completely undisguised while testing on the Nürburgring.

The car is slated for an official unveiling later this year and will go on sale shortly thereafter as a 2012 model.

Look for the SLS Roadster to make its debut at the Frankfurt motor show in September.