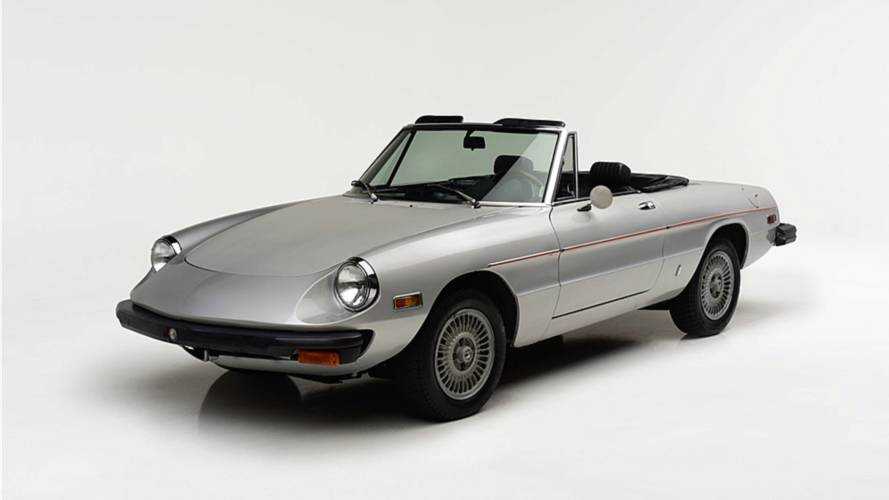 But it could sting your wallet.

The Alfa Romeo Spider is a valuable classic in its own right. But one owned by boxing legend Muhammad Ali? That would be a knockout for collectors, theoretically. At an upcoming Barrett-Jackson sale in Las Vegas, the boxing legend's 1976 Spider will cross the auction block – but don't expect to snag it for cheap.

According to the book Running With the Champ: My Forty-Year Friendship With Muhammad Ali – a copy of which will come with the sale of the car – Ali bought the Alfa at European Imports in Lake Forest, Illinois just outside of Chicago. He owned it for a short time before handing it over to his friend, its current consigner.

The Alfa has just 80,721 miles (129,907 kilometers) on its odometer since new. Most of those miles, we assume, were added by the current consigner and not Ali. It comes with the original 2.0-liter four-cylinder engine – good for 127 horsepower (94 kilowatts) when new – and five-speed manual gearbox.

The Spider wears a stunning silver paint job with an orange accent stripe alongside the side panel. It even has a front vanity plate "ALIBEE2." The cabin, meanwhile, has a pristine black leather finish and features an original three-spoke, wood-rimmed steering wheel.

Alfa Romeo 8C Could Have As Much As 800 Horsepower

The car will cross the auction block in September at no reserve. It's hard to imagine what kind of money this car could bring in given its historic ties, but it won't be cheap. The Alfa was one of many classics that Ali owned. Other cars in his collection included a jewel-encrusted "Golden Angel Wing" Mercedes – worth upwards of $1.5 million – a Rolls-Royce, and a drop-top Cadillac.

This 1976 Alfa Romeo was formerly owned by Muhammad Ali. As documented in the book "Running With The Champ," a copy of which goes with the sale of the car, the current owner was with Ali when he purchased the car at European Imports in Lake Forest, IL, just north of Chicago. Ali kept the Alfa Romeo for a short time but then gifted it to the current owner in 1976. It comes with the original registration, signed by Ali. It is powered by a 2.0-liter 4-cylinder engine mated to a 5-speed manual transmission and has 80,721 original miles (mileage not indicated on the title).