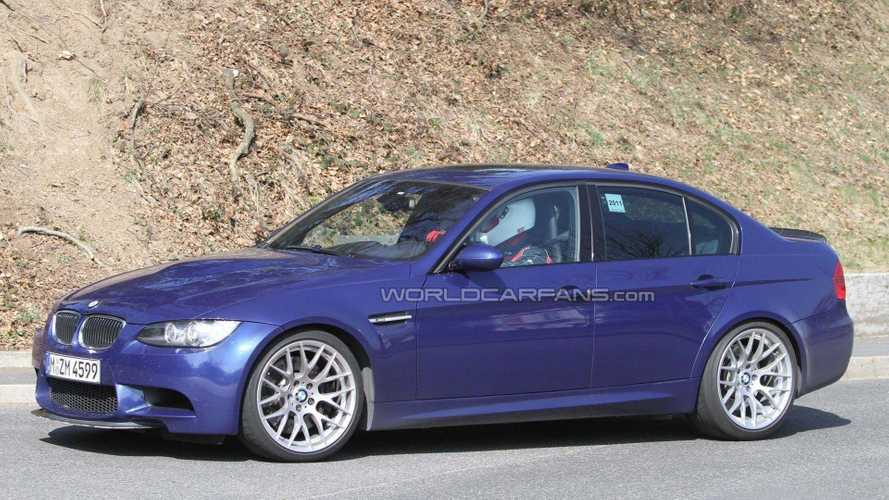 M3 GTS Sedan Concept is still in the development phase and is not sporting the full GTS assortment as on the M3 GTS Coupe.

Here are the first set of shots of the upcoming BMW M3 GTS Sedan Concept.

The M3 GTS Sedan prototype spotted here is not a production-ready model and isn't sporting the full GTS assortment. Still, it's rolling on those 19-inch alloy wheels fitted with big brakes and wearing a modified front bumper and a new rear spoiler.

We can expect the M3 GTS Sedan to boast the same power figures as the GTS Coupe - 450 PS (331 kW / 444 bhp) from a 4.4 liter V8. Although, the concept car that was previewed to a select group of journalists was said to have an output below that figure.

BMW will take the M3 GTS Sedan to a limited production run probably later this year.