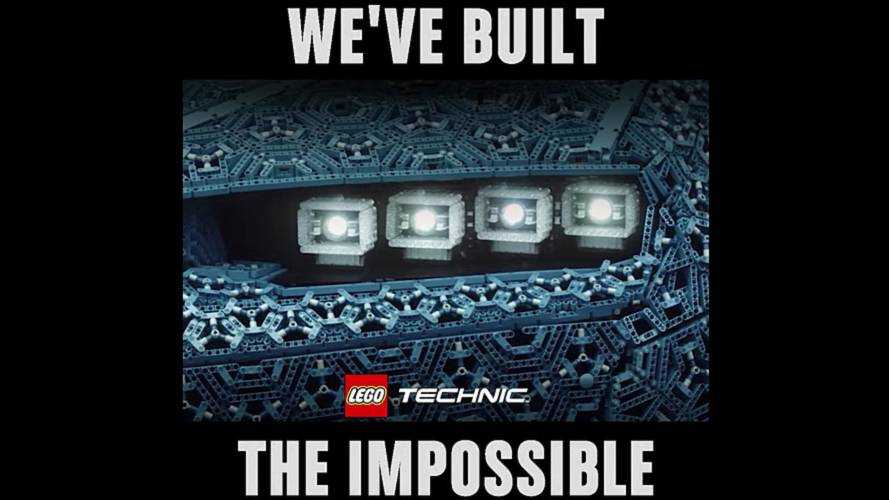 Is it the Chiron or Divo that gets rendered in plastic.

Lego has released an enigmatic teaser video and similarly mysterious message: "With LEGO Technic anything is possible ... stay tuned! #BuildforReal." The clip shows the front end of a Bugatti, likely the Chiron but maybe even the Divo. Given the company's info, we are expecting a full-sized creation, complete with functional headlights. How cool would it be if this plastic hypercar could drive, too?

Creating a full-scale model of a car out of Lego isn't very special anymore after seeing versions of the McLaren 720S, 1964 Ford Mustang, Porsche 911 GT3, 911 Turbo, Toyota Camry, Renault F1 car, and even a camper. Having functional lights immediately makes this new creation something different, though.

It's not entirely clear which Bugatti is getting the full-size Lego treatment, though. The company offers a highly detailed $349.99 Lego Technic kit of the Chiron, so it makes sense for the firm to use the hypercar for this replica. Plus, Chiron with the new Sky View roof is debuting during Monterey Car Week. However, the automaker is also about to unveil the new, limited-production Divo, and this upcoming arrival could be the perfect reason to build one out of the little plastic pieces. With either model, a 1:1 scale model should be a very impressive sight.

We don't yet have a good look at the production-spec Divo, so it's hard to know for sure whether the hypercar's headlights look like this. The vehicle is supposed to be a lighter, more hardcore hypercar from Bugatti that can excel at cornering. The powertrain remains a mystery for the moment, too, but a four-figure output is practically a guarantee. Bugatti only plans to build 40 of them at a price of 5 million euros ($5.8 million at current exchange rates).