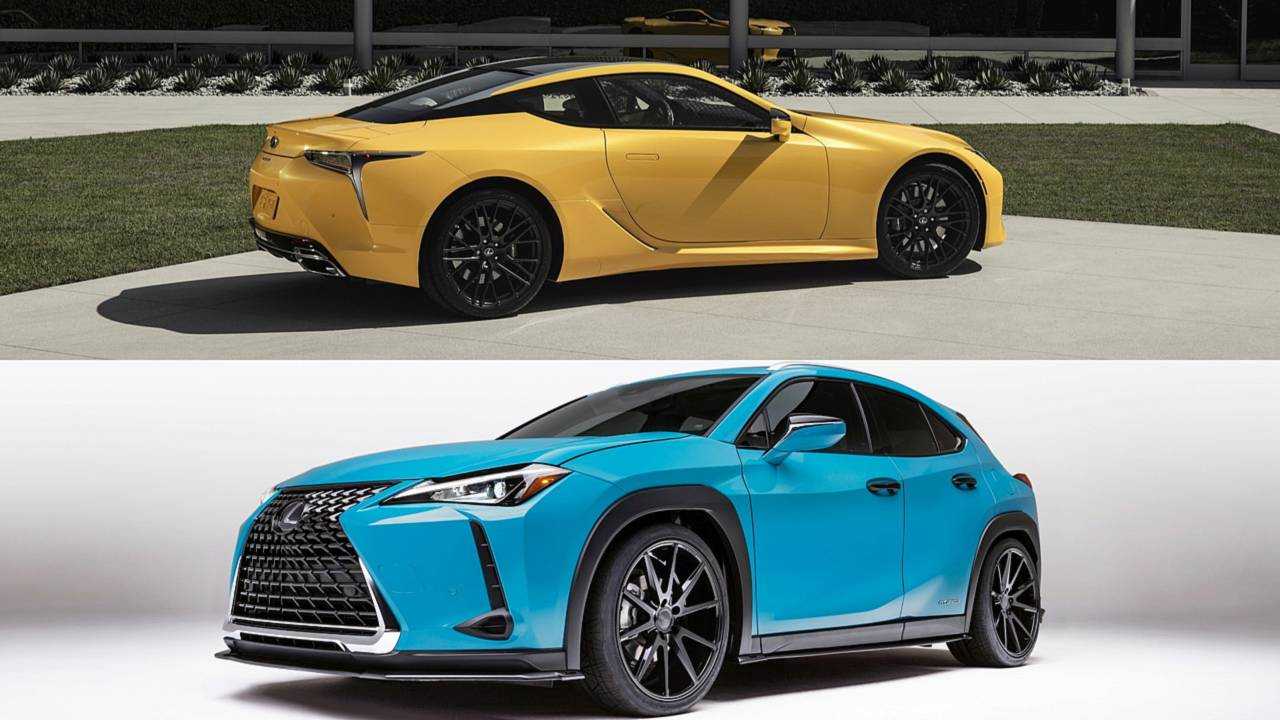 Wearing vibrant colors, the LC and UX concepts feature an assortment of cosmetic tweaks inside and out.

Lexus is debuting a pair of concepts during the Monterey Car Week, but don’t get too excited just yet as these as merely customized versions of existing models. The LC Inspiration Concept is based on the LC 500 and comes with a Flare Yellow exterior paint in the same vein as the recently launched Yellow Edition of the coupe available in Europe.

Much like the special edition created for the old continent, the one-off LC 500 rides on a set of massive 21-inch wheels, but with a unique spoke design and finished in black to ensure a contrasting effect. Lexus applied a similar dark theme on the carbon fiber roof and also for the active spoiler at the back.

The exterior’s yellow accents have a correspondent on the inside where the Alcantara door inserts and the stitching of the semi-aniline leather upholstery also come in yellow. Rounding off the vibrant theme is the yellow stitching for the instrument panel, center console, and the glovebox.

Here's what we think of the LC:

As for the UX small crossover (pictured below), it looks like something you’d see at a SEMA show, for better or worse. Created by Clark Ishihara of VIP Auto Salon, the customized showcar is based on the UX 250h and has received an Oracal body wrap. Its roof rack can hold the Lexus F Sport Carbon Fiber Road Bicycle, which was created to mark the LFA supercar’s end of production.

The pint-sized posh crossover has gone through additional changes for its debut at Pebble Beach, such as ditching the stock wheels to make room for an aftermarket set from Vossen. It also boasts a full catback exhaust system and a prominent front spoiler lip providing a somewhat sportier look.

The 2019 UX isn’t available in the United States for the time being, but the wait is almost over as it will reach dealerships in December. 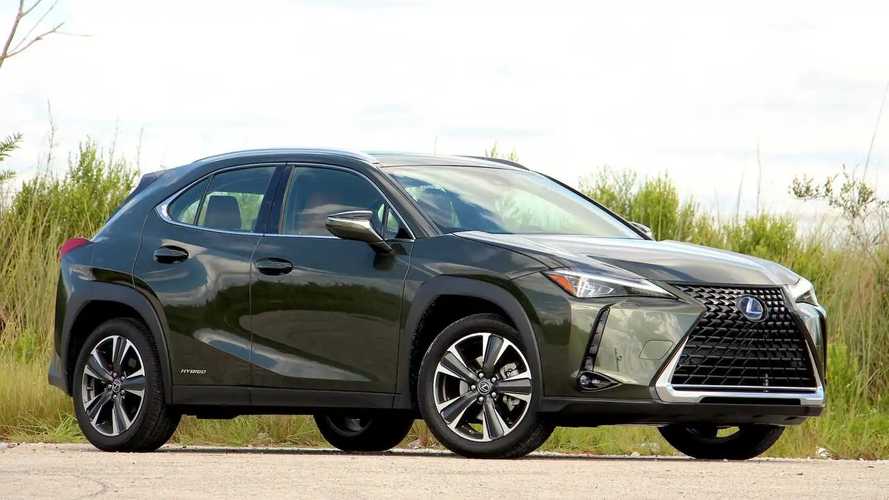 PEBBLE BEACH, Calif.  (August 23, 2018) —  Lexus will mark its 21st year as a sponsor of the Pebble Beach Concours d’Elegance with the introduction of two new concept vehicles: the LC Inspiration Series Concept and the UX 250h Concept. Revealed for the first time at The Quail, A Motorsports Gathering, the concepts represent two very different takes on the future of luxury.

LC Inspiration Concept
There are common threads that run throughout the Lexus Inspiration Series — bold designs and exclusive features which help to create an ultimate expression of our flagship coupe.

The second vehicle in Lexus’ Inspiration Series features Flare Yellow exterior paint and a unique set of black 21” forged alloy wheels. Their dark color contrasts with the vibrant yellow paint to give this LC an unmistakable look from any distance. A carbon fiber roof and an active rear spoiler round out the eye-catching elements of this striking coupe.

The interior of the LC Inspiration Series also gets several unique design elements. Bespoke Yellow door inserts made of Alcantara connect the exterior to the cabin while the touring seats feature semi-aniline leather with yellow stitching. That same stitching is also used on the instrument panel, console and glovebox to give the entire cabin a one-of-a-kind look.

The LC Inspiration Series concept is driven by a 471-horsepower, 5.0-liter V8 that sends its power to the rear wheels through a 10-speed automatic transmission. It’s capable of delivering a 0-to-60 mph time of 4.4 seconds and up to 25 mpg on the highway.

Built exclusively for Lexus by Clark Ishihara of VIP Auto Salon, the custom UX 250h is transformed on the outside by an Oracal vehicle wrap. In addition to the striking color, this UX features a custom roof rack that holds a very special bicycle. The Lexus F SPORT Carbon Fiber Road Bicycle was created to mark the completion of the Lexus LFA supercar production run. Like the LFA, the Lexus F SPORT bicycle is also assembled by Takumi technicians and features the same CFRP (Carbon Fiber Reinforced Plastic) used in the body of the Lexus supercar.

Other modifications to the UX 250h include: