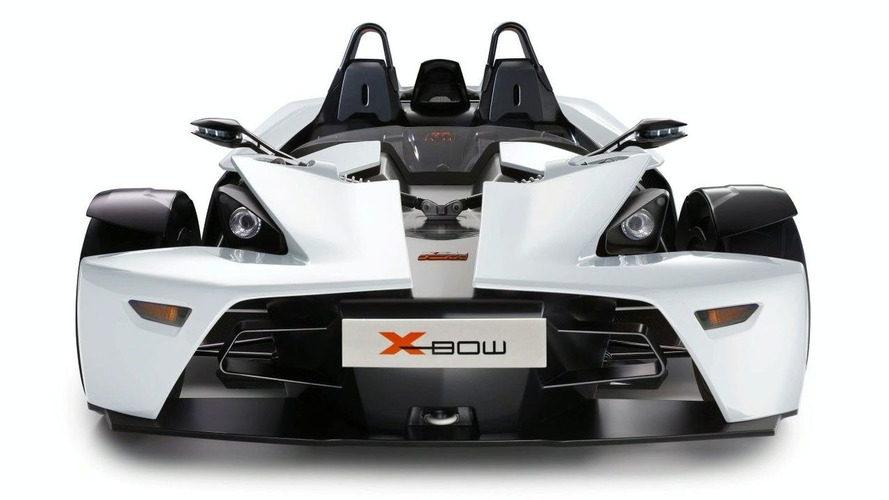 KTM Powersports AG has confirmed that its stunning new X-Bow sportscar will be exhibited at the Autosport International Racing Car Show starting on 10 January.

The finished KTM X-Bow will make it fourth auto show appearance and UK debut at the upcoming Autosport International at the NEC in Birmingham, UK this January 10 - 13 2008. Especially for its UK debut, the X-Bow will be shown in the new optional colour Gleaming White.

Customer orders have gone through the roof for the first ever KTM car, which has led KTM to decide to produce the X-Bow at their own facility in Graz instead of outsourcing the project. The X-Bow will still kick off with a limited edition run of 100 units called the Dallara Series, which features extra equipment to boost rack-day potential. Eventually KTM plans on building 1,000 X-Bow's annually.