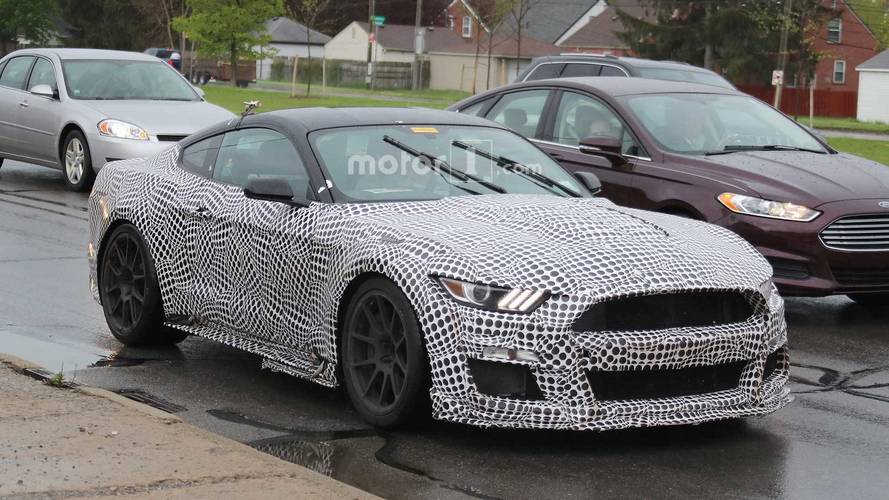 However, the information appears suspect.

The cadence of news about the Ford Mustang Shelby GT500 is quickening, and the latest beat in its march to arrival is an alleged leak of the car’s specs. Mustang6G.com is claiming to have an image of the specs, which appears to be a picture of a computer screen, which would make such information quite easy to fake. However, there are a few points that line up with what’s expecting and a few others that feel bogus.

There’s zero identifying information in the image – no year, make, or model. However, the engine field lists a supercharged 5.2-liter V8, which is the rumored powertrain. Another confirmation is horsepower. Back in January, Ford confirmed the GT500 would produce more than 700 horsepower. This lists 720 hp at 7,500 rpm – the same max rpm as the GT350 – and 650 pound-feet (881 Newton-meters) of torque. The image shows the vehicle as a rear-wheel-drive coupe, too. Wheelbase also matches with the current-generation Mustang at 107.1 inches.

There are a few hiccups, though. The vehicle’s curb weight in the image feels high for the GT500. It’s hard to realize the car tipping the scales at 4,225 pounds when you look at the spy photos. That’s about 300 pounds heavier than the last GT500, which was able to slide in under 4,000 pounds. Also odd is the top speed at 190 miles per hour. It’s hard to imagine Ford pulling back from the 202-mph GT500 of just a few years ago.

It’s hard to tell if this is a mockup with some very good guessing or the real thing. Enough pieces lineup that makes us wish this was real. However, the curb weight is a colossal hangup. The current GT350 weighs in at around 3,800 pounds. That’s 400 pounds lighter than the leaked weight of the GT500. That seems excessive.

Ford should debut the GT500 later this year – or early next year in Detroit – as a 2019 or 2020 model. As the reveal approaches, expect more spy photos, video, and rumors.